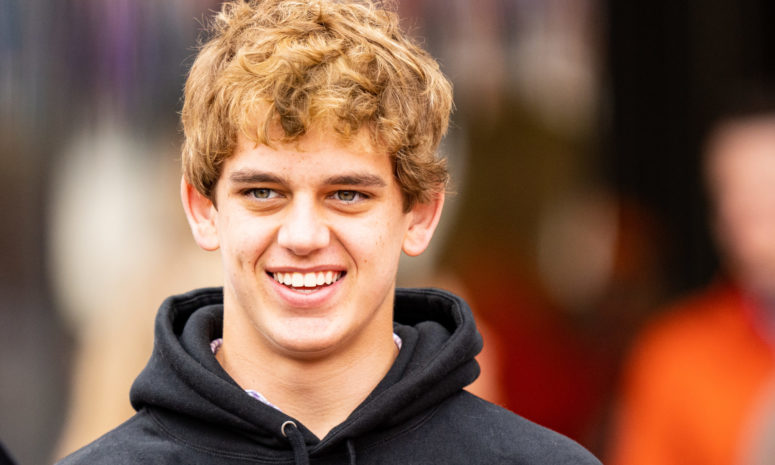 CLEMSON, SOUTH CAROLINA - OCTOBER 30: Arch Manning looks on during his recruiting visit to Clemson University before the game between the Clemson Tigers and the Florida State Seminoles at Clemson Memorial Stadium on October 30, 2021 in Clemson, South Carolina. (Photo by Jacob Kupferman/Getty Images)

For the first time since mid-November, 247Sports released an update for the 2023 recruiting class rankings on Wednesday.

The top spot in this class has long been held by highly-touted quarterback recruit Arch Manning. And while the five-star nephew of Peyton and Eli retains his No. 1 ranking, some other big-name QB recruits have now joined him at the top.

With four-star signal caller Dante Moore at No. 8, this is easily one of the most stacked QB classes in recent memory.

All this quarterback talent makes Arch Manning’s No. 1 ranking all the more impressive. With the college football world eagerly awaiting his collegiate choice, the junior at Isidore Newman in New Orleans is still weighing his options before making a final decision.

Alabama, Georgia, Ole Miss and Texas have long been top options for the up-and-coming star. Florida and LSU were recently added to the mix as well.