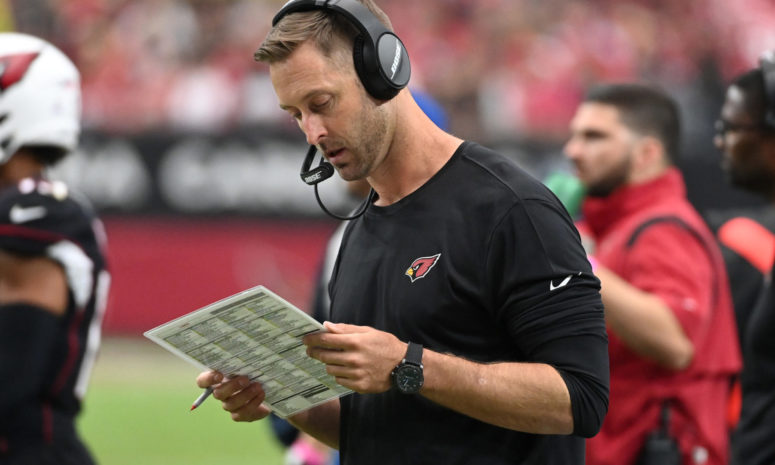 GLENDALE, ARIZONA - OCTOBER 10: Head coach Kliff Kingsbury of the Arizona Cardinals looks on from the sidelines during a game against the San Francisco 49ers at State Farm Stadium on October 10, 2021 in Glendale, Arizona. (Photo by Norm Hall/Getty Images)

Kliff Kingsbury will remain the head coach of the Arizona Cardinals for the foreseeable future. Moments ago, NFL Network’s Ian Rapoport announced that Kingsbury has agreed to a contract extension.

It’s not surprising to see the Cardinals commit to Kingsbury. Appearing on Arizona Sports 98.7 this past Friday, Cardinals owner Michael Bidwill said Kingsbury’s future in the NFL is bright.

The Cardinals confirmed the extensions for Keim and Kingsbury moments ago.

We have reached agreements on contract extensions with GM Steve Keim and Head Coach Kliff Kingsbury.

Each is now under contract with the team through the 2027 season.

With Kingsbury and Keim under contract for years to come, the Cardinals’ focus now shifts over to Kyler Murray’s situation.

Murray has made it clear that he would like to receive a lucrative extension this offseason. If the Cardinals are going to be a contender under Kingsbury, they’ll need Murray under center.