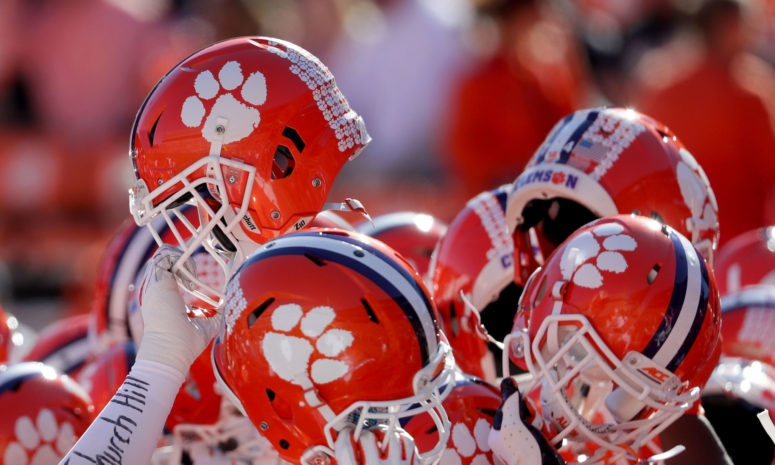 CLEMSON, SC - NOVEMBER 03: A detailed view of the helmets of the Clemson Tigers before their game against the Louisville Cardinals at Clemson Memorial Stadium on November 3, 2018 in Clemson, South Carolina. (Photo by Streeter Lecka/Getty Images)

Clemson offensive lineman Mason Trotter will probably be out for most of the 2022 season, per Tigers insider Grace Raynor of The Athletic.

The program has not identified the reason for this expected absence, but head coach Dabo Swinney says it’s not a legal or university issue.

Dabo Swinney says Mason Trotter will probably be out for most of the 2022 season. Not a legal or university issue. Swinney won’t be providing other details.

After redshirting his freshman season in 2019, Trotter began his role as a key reserve in 2020. This past season, he started all seven games for which he was available — playing 450 snaps at the interior lineman position. He missed the first five games of the season with a hand injury.

Clemson is coming fresh off a disappointing season that saw the program notch its first three-loss season since 2011. The team is expected to explore the transfer portal for offensive line replacement options.