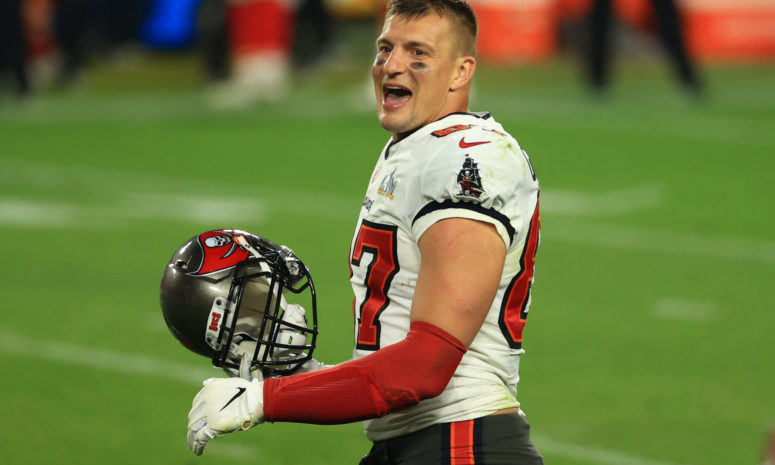 When Tom Brady announced he was stepping away from football, many people thought Rob Gronkowski, Brady’s teammate and close friend, would be next.

However, we’re now two weeks away from Gronkowski becoming a free agent, and he has yet to decide. In fact, Tampa Bay Buccaneers head coach Bruce Arians said today that the standout tight end is still working out at the team facility.

Gronkowski is there twice a week, according to Arians.

Arians says JPP and Suh have both told him they want to play football again this year.

He doesn’t know about Gronk, but the TE has been working out at Bucs facility 2x a week

Gronkowski, who retired once before and sat out the 2019 season only to link up with Brady in Tampa the following year, would officially become a free agent on March 16.

Once he hits the open market, he should undoubtedly receive interest from teams. Perhaps the five-time Pro Bowler will evaluate his options before making a decision on 2022.

As it stands, his longtime girlfriend Camille Kostek said publicly last week she wants him to continue playing.

“I would love to watch him play football some more,” Kostek said, via TMZ Sports. “He knows that. I tell him.”