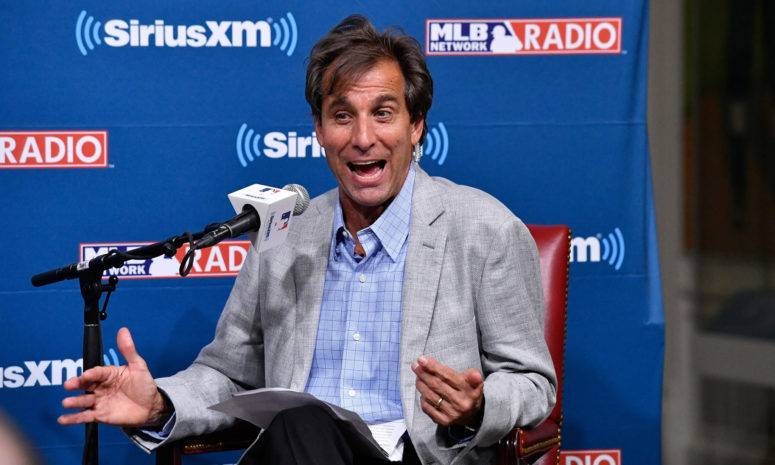 WASHINGTON, DC - JULY 15: SiriusXM host Chris "Mad Dog" Russo appears at a SiriusXM Town Hall with Commissioner of Baseball Rob Manfred (not pictured) at The Library of Congress on July 15, 2018 in Washington, DC. (Photo by Larry French/Getty Images for SiriusXM,)

This Wednesday’s episode of “First Take” didn’t disappoint, as Chris Russo and Stephen A. Smith were in a heated argument about where Steph Curry ranks all-time.

Smith believes Curry is one of the 10 best players in NBA history. Russo, however, disagrees with that notion.

During their argument on “First Take,” Russo was listing players and seeing whether or not Smith would take Curry over them. It was an interesting segment up until Russo experienced an equipment mishap.

Toward the end of the debate, Russo’s headset stopped working. He made that abundantly clear for those watching at home.

Here’s that hilarious moment from this Wednesday’s episode:

Is Steph Curry a top 10 NBA player of all time? I have no idea. But I do know this is one of the greatest moments in television history. pic.twitter.com/7ibXyEUIvq

Russo and Smith going at it is must-see TV for fans who love listening to sports debates, that’s for sure.

We’ll see if this entertaining duo can follow up this exchange with a strong debate next Wednesday.