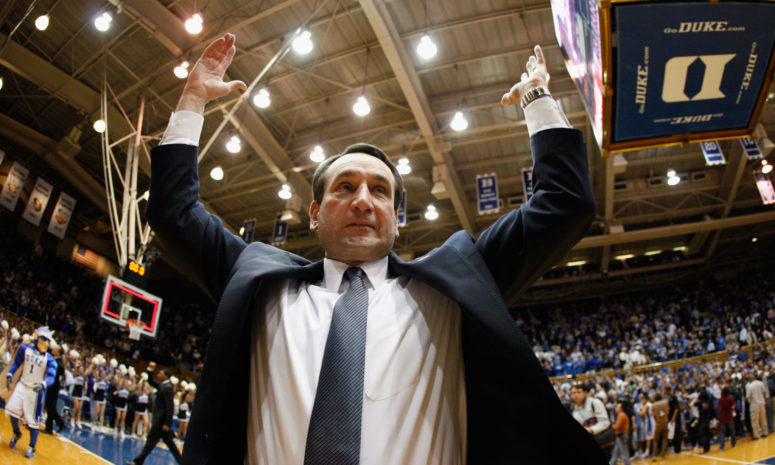 Saturday’s Duke–UNC game will be the final game in the rivalry played at Cameron Indoor Stadium with Coach K at the helm. And the ticket prices demonstrate just how special the event is going to be.

According to Front Office Sports, the ticket prices for the game are poised to be the highest of any Duke-UNC game ever on the secondary market. The get-in price is currently list at $3,690 on StubHub, while the average price for tickets is a whopping $5,392.

It makes sense that prices are soaring like this though for a number of reasons. Not only is it the final game of the season, against arch-rival North Carolina, it’s Coach K’s final game at Cameron Indoor Stadium. And they’ll be able to be crowned ACC regular season champions depending on some outcomes.

Many college basketball fans are stunned by the massive price tag. Though not everyone is completely surprised by it. Some even joked that Russia might be responsible for the price hike:

Why would Russia do this? /s https://t.co/jgQh4IzS4W

I mean i get it but man that’s a lot of money https://t.co/dxPboKgiZU

Saturday’s game against North Carolina will cap off a legendary career for Coach Mike Krzyzewski. He is the NCAA’s all-time leader in wins with 1,195 – 1,122 of which came with Duke.

Under Coach K, the Blue Devils won five NCAA titles and made the NCAA Tournament 35 times in 40 years.

Will Coach K’s final game at Cameron Indoor Stadium be a win over Duke’s most bitter rival?