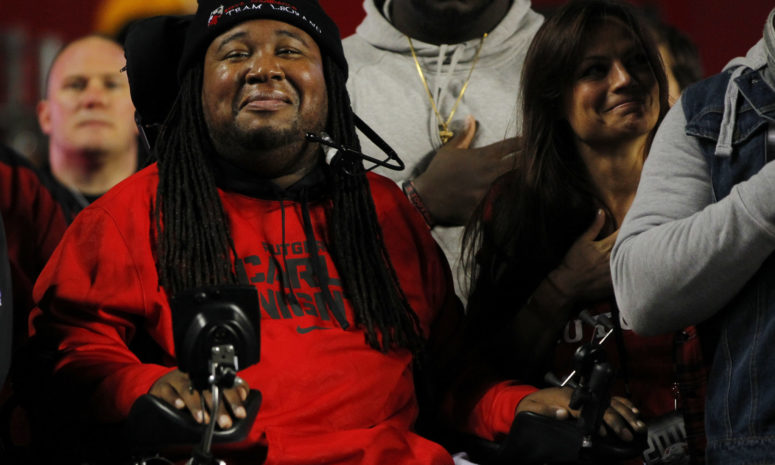 On Wednesday, LeGrand publicly thanked the folks at Hackensack Meridian Health in New Jersey for saving his life after a battle with pneumonia.

“Some know, must don’t but 16 days ago I came to the hospital thinking I may have appendicitis,” LeGrand began. “Little did I know that I had full-blown pneumonia (spinal cord related) and blacked out in the emergency room. A few life-saving procedures, on a ventilator for five days, and a lot more … I’m so thankful to be released from the hospital today.”

“I can’t thank the doctors and entire medical staff at [Hackensack Meridian] enough for saving my life and the great care that you gave me,” LeGrand continued. After also sending thanks to his family and support system, the 31-year-old signed-off on a positive note.

“I’m glad to be back home and resting, at least for a little bit,” LeGrand laughed. “Can’t keep me down for too long … I still bELieve.”

Eric LeGrand was paralyzed after suffering a spinal cord injury during a game against Army in October 2010.