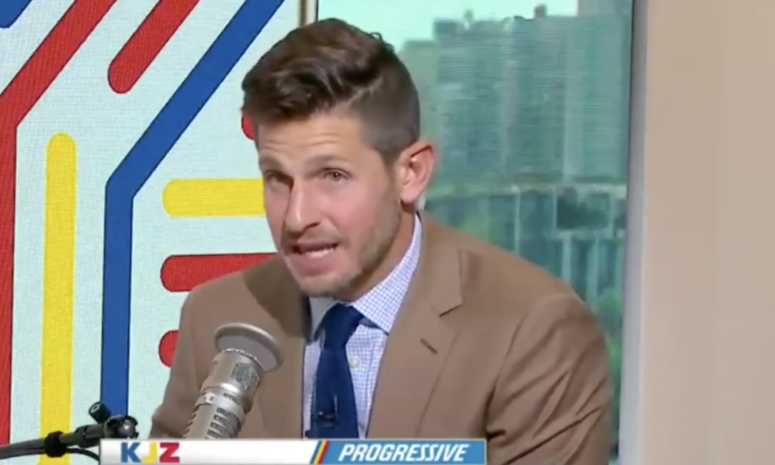 Dan Orlovsky doesn’t think Amari Cooper should be on the Dallas Cowboys roster next season.

In fact, Orlovsky thinks that Cooper should be traded to another team. He also believes that the team should prioritize Dalton Schultz over Cooper.

.@danorlovsky7 thinks the Cowboys "can and should" trade Amari Cooper 👀

"They're better with two tight ends on the field. And certainly keeping Dalton Schultz over Amari Cooper is more important for their offense." pic.twitter.com/A9oq5CHq1p

The NFL world isn’t a big fan of this take from Orlovsky.

I don’t know about this one. Gallup is already going to get paid as a FA elsewhere & Amari Cooper is the only REAL route runner on the team to open it up for CeeDee’s game. https://t.co/IuXPjWNIfC

What can they honestly expect to get in return for a 28 year-old WR with $66M in dead cap hits over the next three years?

Not a knock on Cooper in the slightest. He's sensational, and I'm sure teams would want him badly…if not for that absurd contract. https://t.co/xyX4gS9504

I love @danorlovsky7 but if I’m not mistaken, Daks numbers are so much better with Cooper than without Cooper. That mid season trade with the raiders literally turned their season around in 2018 https://t.co/j4UEGbAc2Y

Amari has been one of daks favorite targets since they traded for him. Makes no damn sense

Cooper finished this past season with 865 yards and eight touchdowns on 68 receptions. Those numbers were a bit down from his previous two seasons, but he also dealt with COVID-19 and an injury along the way this year.

Schultz looks poised to cash out if Dallas doesn’t bring him back. He racked up 808 yards and eight touchdowns on 78 receptions.

This situation bears a close watch as the NFL offseason is about to ramp up.