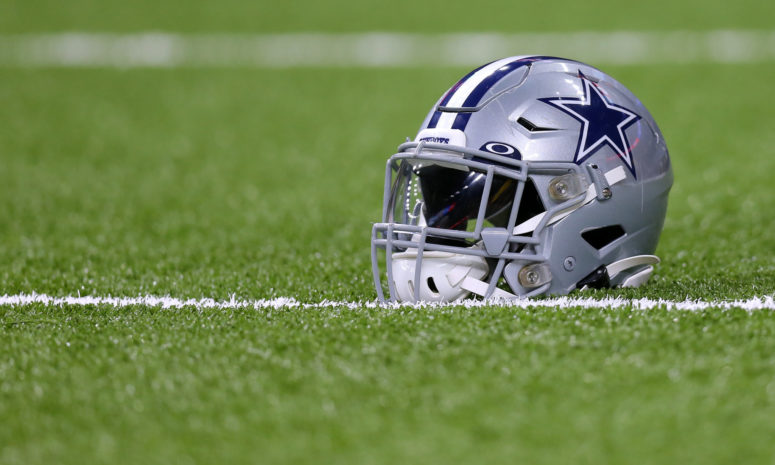 NEW ORLEANS, LOUISIANA - SEPTEMBER 29: A Dallas Cowboys helmet is pictured during a game against the New Orleans Saints at the Mercedes Benz Superdome on September 29, 2019 in New Orleans, Louisiana. (Photo by Jonathan Bachman/Getty Images)

The Dallas Cowboys entered the 2021 season with Super Bowl aspirations and the expectation of winning playoff games.

Unfortunately, those expectations did not become a reality as the team fell in the Wild Card round to the San Francisco 49ers. Not long after the loss, analysts and fans started wondering if the team needed to make a significant change in the offseason.

Well, ESPN analyst and former NFL quarterback Dan Orlovsky has a suggestion. He thinks the Cowboys would be better off if they traded wide receiver Amari Cooper.

“They’re better with two tight ends on the field. And certainly keeping Dalton Schultz over Amari Cooper is more important for their offense,” Orlovsky said.

.@danorlovsky7 thinks the Cowboys "can and should" trade Amari Cooper 👀

"They're better with two tight ends on the field. And certainly keeping Dalton Schultz over Amari Cooper is more important for their offense." pic.twitter.com/A9oq5CHq1p

Orlovsky is hardly the first person to suggest that Cooper should be on the move. Following a mediocre 2021 season, fans and analysts alike wondered if the team would keep him on the roster.

Earlier this week, Cowboys EVP Stephen Jones was noncommittal when asked if Cooper would be on the team’s roster in 2022. “It’s too early for me to address that yet,” Jones said. “I mean, we’re continuing to have conversations.”

Will Cooper get traded this offseason?