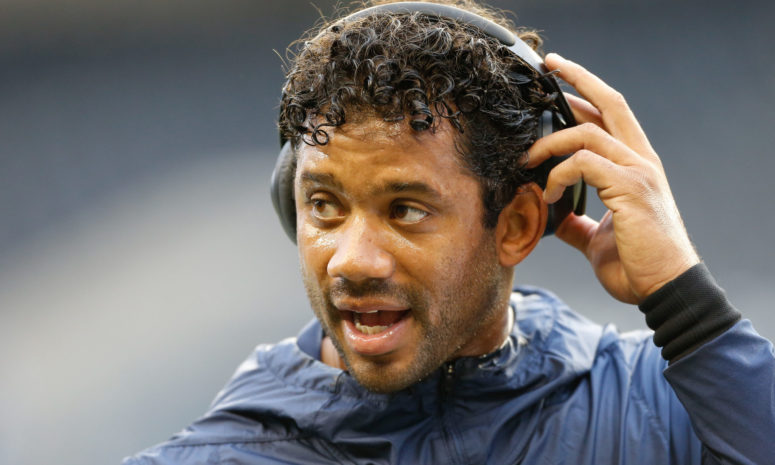 SEATTLE, WA - AUGUST 29: Quarterback Russell Wilson #3 of the Seattle Seahawks warms up prior to a preseason game against the Oakland Raiders at CenturyLink Field on August 29, 2019 in Seattle, Washington. (Photo by Otto Greule Jr/Getty Images)

The Seattle Seahawks did their best to dispel the Russell Wilson trade rumors at the NFL Scouting Combine on Wednesday afternoon.

Wilson, one of the top quarterbacks in the National Football League, has been mentioned in trade rumors for about a year now.

While a trade remains possible, the Seahawks claim it won’t happen.

Seahawks head coach Pete Carroll said the team has no intention of trading its superstar quarterback.

ESPN seems to buy it, too.

On Wednesday, ESPN predicted every team’s starting quarterback for the 2022 season. The Worldwide Leader has Wilson playing in Seattle.

My antenna is up after Wilson’s half measure last offseason to express his openness to playing elsewhere, but there seems to be a push at the moment for at least one more run in Seattle.

Where do you see Wilson playing next season?