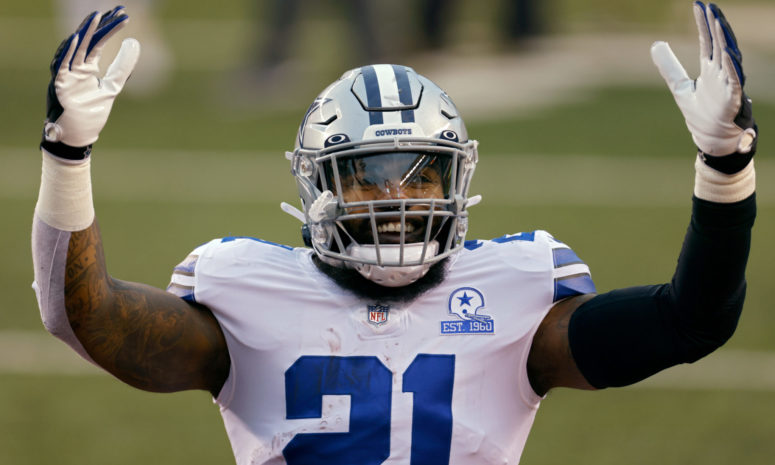 A few years ago the Dallas Cowboys viewed Ezekiel Elliott as a core building block for getting them back to the Super Bowl. But judging by the reaction to the team’s intentions for him, they don’t feel that way anymore.

On Monday, Cowboys vice president Stephen Jones announced that Elliott’s salary for 2022 is guaranteed. He also made it clear that Elliott will be with the team no matter what.

“I want that guy on my team. You talk about playing through some injuries. He’s a competitor. I think he’s a damn good running back… Obviously, his money is guaranteed. He’s going to be here, there’s no question. We’re fortunate to have him.”

But unlike some previous years, Cowboys fans weren’t happy about it. Many took to Twitter and ripped Jones and the Cowboys for giving Elliott such a massive amount of money at the expense of other core players like Amari Cooper or DeMarcus Lawrence.

Not surprising Stephen Jones would take this line, when the contract that Elliott took the Cowboys to the woodshed over, plus the bizarre restructuring of that deal last offseason, is a big reason they’re looking at moving on from Cooper and or Lawrence. https://t.co/aorVfgm6RK

Did Stephen hit a joint before this interview? Everything he’s said has been wacky https://t.co/maI2OlBhkC

Jesus man…. I’m all for keeping Zeke but the difference in his answer here vs Amari/Lawrence is eye opening for sure.. https://t.co/8DguatsLJC

In 2019 the Cowboys signed Ezekiel Elliott to a six-year, $90 million extension with $50 million guaranteed. Last year the Cowboys restructured that contract in order to free up some cap space.

But despite rushing for another 1,000 yards in 2021, Elliott could barely move the ball in their playoff loss to the San Francisco 49ers. He had just 31 rushing yards as the NFC East champions were one-and-done.

It’s clear that the Cowboys’ patience with Elliott is wearing thin.

Is Ezekiel Elliott being overpaid right now, or is his production worth the price?