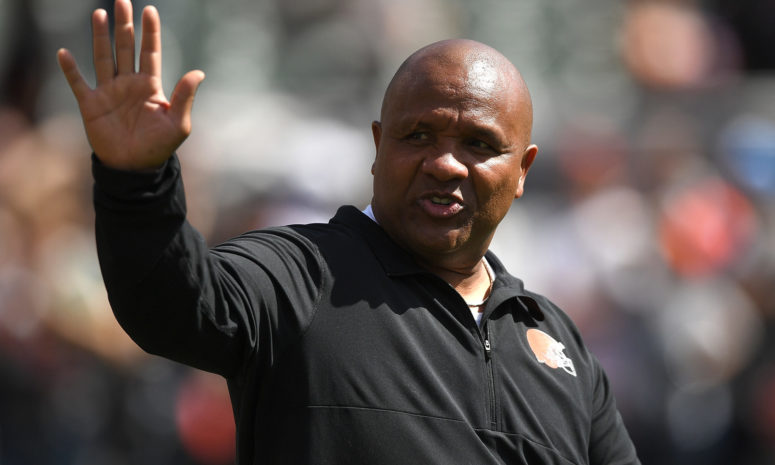 Hue Jackson is heading into his first year as head coach at Grambling State but got his tenure off to a controversial start by hiring Art Briles as his offensive coordinator. Sooner or later, he was going to have to address it.

Recently, Jackson finally opened up about the hire of the former Baylor head coach. In a statement released via the Hue Jackson Foundation, Jackson justified hiring Briles in spite of the controversies surrounding him because he believes in “Forgiveness,” “Redemption” and “Enlightenment.”

Jackson pledged to support Briles as well as victims of assault and injustice. He said that Briles will help teach others “the importance of prevention” as well.

As you can imagine, this statement isn’t going over well with football fans. Many are asserting that Briles doesn’t deserve forgiveness since he never apologized or showed contrition for his actions at Baylor.

Jackson is getting wrecked on Twitter as a result of this statement. Some of the replies range from pointed to ripping Jackson’s NFL career:

Lmao if I have to see one more of these damn statements today https://t.co/VXd9onJWZg

This is bad. Like all the way bad. This foundation has nothing to do with the university. That last paragraph is… WILD. And at no point do you reference how that coach showed contrition. This is incredibly tone deaf. https://t.co/rv8HbNqpJU

Another example of an institution choosing money over people. Then to try to eliminate any attention to his past actions under the guise "may or may not be accuracte" is disgusting. The guy is human garbage and hopefully his hire is vetoed. https://t.co/s4q4fyhpiH

What experience did Art Briles “survive”? When was he ever the victim? This statement reeks and that’s coming from a Christian that also believes in forgiveness and redemption. https://t.co/99vKIduax7

But the language of Jackson’s statement clearly paints Briles as a victim on par with those who were assaulted at Baylor.

It will be interesting to see if there’s any added fallout from this hire.