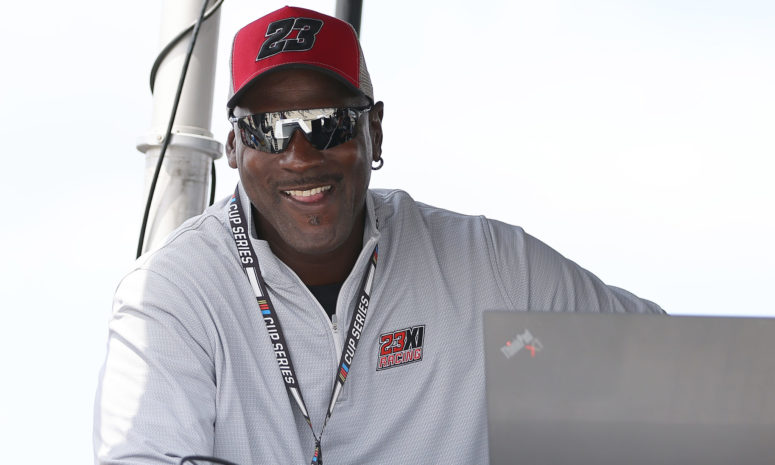 Basketball legend Michael Jordan is now a NASCAR co-owner, and apparently he has an interesting financial model he wants the sport to try.

According to Jordan’s financial advisor, Curtis Polk, His Airness wants to help NASCAR teams become less reliant on sponsors and find revenue through additional avenues, such as media.

Polk says he, along with Jordan and his 23XI Racing co-owner Denny Hamlin, have discussed how to implement changes and introduce new concepts to the world of NASCAR.

“Michael and I could add a lot of info we’ve learned from being with the NBA for many years and also owning a major league baseball team,” he told Sports Business Journal. “so that’s what we’ve been working on a lot with Denny is to help educate him as to what a better economic model might be and to help develop that and hopefully we’ll have a lot of ears that will listen to us.”

The reactions to this idea are all over the map. Some racing fans think it has potential, while others are much more skeptical of the approach actually bearing fruit.

I feel this is well over-due. The people objecting to it because the NBA is mentioned are so shortsighted and completely miss the point. https://t.co/BYxKm1nEsN

Personally I'd love to hear how he thinks that could work. Thinking outside of the box could be a fantastic thing for this sport when teams are so heavily reliant on those sponsors $$$ https://t.co/1pjsmqrqSs

This is a great plan, now produce a product people actually want to watch. https://t.co/cZA8GVNiFo

Making @NASCAR like the NBA model is insane. Sponsors are tradition. Media contracts = they have veto power over everything. Watching @NASCAR sell out their fans and head down the road to Woke hell. https://t.co/LLgE4BVcUF

What about the tracks? Many of the depend on the TV money, especially now with low ticket sales. Say goodbye to Indy if tracks lose their cut. https://t.co/Xbf2XfKyiL

According to the Sports Business Journal, NASCAR teams currently have to rely on sponsorships for 75% of their revenue. Of the money earned on a given race, “65% of it goes to the track, 25% goes to teams and 10% goes to the sanctioning body.”

We’ll see if Jordan’s proposals gain any traction in the coming years.