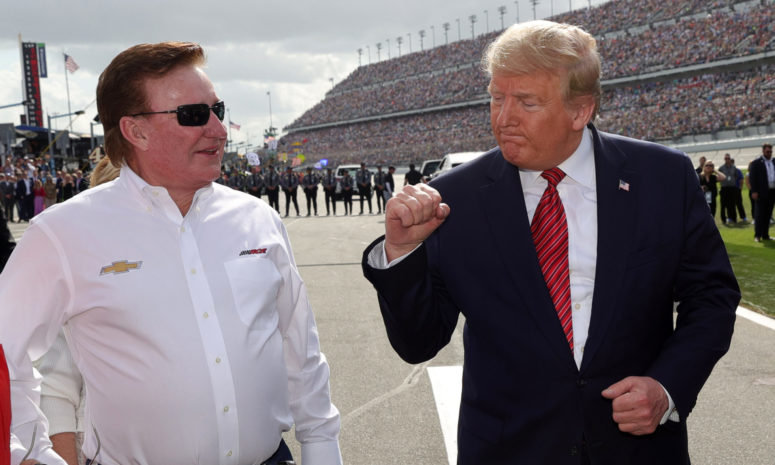 Former NASCAR driver Richard Childress, owner of Richard Childress Racing, says he’ll be sending one million rounds of ammunition to Ukraine to support their defense against the Russian invasion.

On a call with reporters on Wednesday, Childress said he was inspired by Ukrainian President Zelenskyy when he said “he didn’t want to leave, he just needed ammunition,” per NASCAR insider Jenna Fryer.

#NASCAR: Richard Childress in a call with reporters now says he was inspired by Ukrainian President Zelenskyy when he said "he didn't want to leave, he just needed ammunition."

So Childress called Ammo Inc. and they are sending a million rounds over the next 2 days.

Childress, a well-known gun rights advocate, is on the board of a company called Ammo Incorporated. This is the company that  will be sending the one million rounds to Ukraine over the next two days.

During an appearance with Fox News’ “Fox and Friends” on Wednesday, Childress said he called his friend Fred Wagenhals, chair of Ammo and said, “Fred, we got to help these people. He stepped right up and said he would do it. Now we are turning our production to this as our No. 1 priority.

“We are going to get that ammunition as quick as we can to them,” he added. “We are working with government agencies. To get it there quickly, we are working through a private company.”