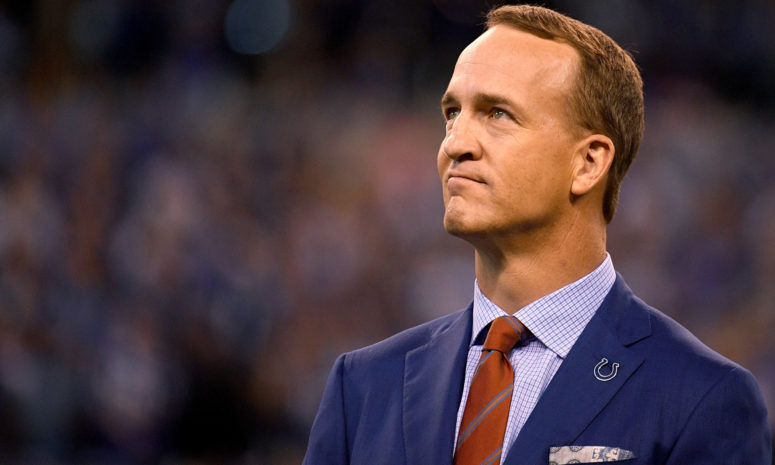 INDIANAPOLIS, IN - OCTOBER 08: Peyton Manning watches a video presentation during a ceremony to retire his number during the halftime of the game between the Indianapolis Colts and the San Francisco 49ers at Lucas Oil Stadium on October 8, 2017 in Indianapolis, Indiana. (Photo by Bobby Ellis/Getty Images)

During an NFL Twitter Spaces back in November, the Los Angeles Rams wide receiver admitted that he’d been mistakenly ignoring texts from Manning for the past four years.

“I got a message from a random number with a picture of him and I was back at the Manning Passing Academy,” Kupp said. “And I was like, ‘That’s so weird. Who would have this picture?’”

The 2021 offensive player of the year then came to a realization.

“I look back through the messages and they all line up with certain events where we’d seen each other,” he added. “So I think I’ve been ghosting Peyton Manning for my entire NFL career.”

Kupp finished the 2021 season with an astounding triple-crown achievement, leading the league in receptions (145), yards (1,947) and touchdowns (16). His incredible postseason play also helped carry the Rams to a Super Bowl LVI title.

Kupp no doubt reached out to Manning once he realized he was texting an NFL Hall of Famer.