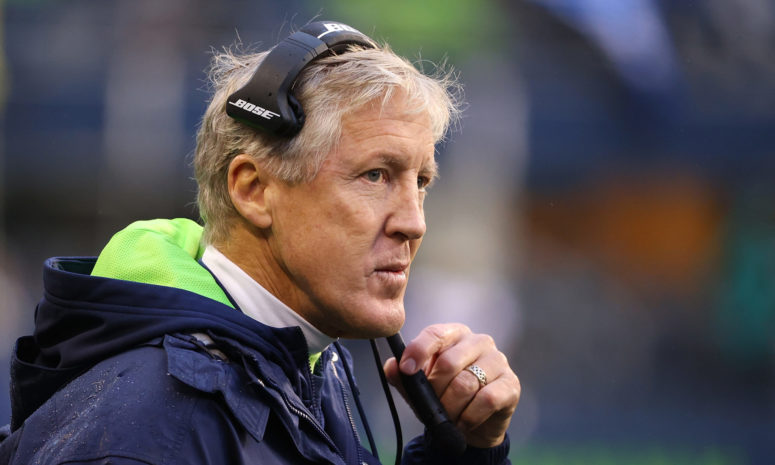 Despite rumblings from Russell Wilson’s side over the past year or so, Pete Carroll and the Seattle Seahawks have “no intention” to trade the nine-time Pro Bowl QB.

Carroll told reporters “hopefully” they can keep Penny in the building, and more importantly, that the team has no designs on trading Wilson.

#Seahawks coach Pete Carroll gushing about RB Rashaad Penny’s breakout year: “His confidence just soared.” Says the free-agent-to-be wants to be back and they want him back: “Hopefully we can get him back.”

In addition, the Seahawks have heard from interested teams per The Athletic’s Mike Duggar. But Pete Carroll reiterated Seattle’s stance.

Pete Carroll says the Seahawks have heard from teams interested in acquiring Russ but Seattle has no intention of trading him.

On Monday, Russ was asked about the possibility of wearing burgundy and gold in Washington. But Wilson shot it down in typically polite fashion.

“I’m from Richmond, I know what you mean,” the Super Bowl champ told NBC’s Craig Melvin. “I got people hitting me up every day, all my friends and all that from the East Coast but Seattle’s the place I’m at right now and I love it.”

Wilson and the Seahawks are coming off a rough year that saw the team post its first losing record since Russ took over in Seattle. Prior to the season, a list of teams Wilson would reportedly be willing to play for surfaced. However, all of those teams no longer seem like viable options or better situations.

There’s plenty of offseason to go, but for now Russell Wilson is a Seattle Seahawk and he claims to prefer it that way.