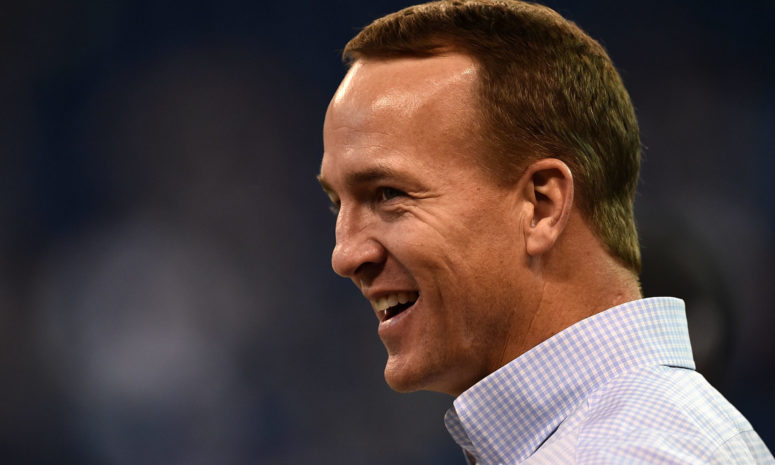 INDIANAPOLIS, IN - NOVEMBER 20: Former Indianapolis Colts quarterback Peyton Manning watches action prior to a game between the Indianapolis Colts and the Tennessee Titans at Lucas Oil Stadium on November 20, 2016 in Indianapolis, Indiana. (Photo by Stacy Revere/Getty Images)

Peyton Manning and Omaha Productions scored a pretty big order for from the History Channel for a pair of series called “History’s Greatest of All-Time” and “The Einstein Challenge.”

Peyton Manning to host “History’s Greatest of All-Time with Peyton Manning” on The History Channel https://t.co/XLoUcw0OJ0

The former, will be hosted by Manning himself. And will feature him counting down the greatest of all-time across different categories. Not just dealing in sports, but everything from generals, to inventors, to presidents.

Additionally, “Einstein Challenge” is a half-hour series, executive produced by the Hall of Fame QB. The show will see two world-class experts try to break down very complex topics to a panel of kids.

The network describes it as: “a fun an educational show,” where the duo of experts “break down the world’s biggest questions in a way anyone can understand, such as how does an airplane fly or how bad was the eruption of Mt. Vesuvius.”

“As a longtime history buff, I couldn’t be more excited for Omaha to team up with great historians and producers to create these two shows that celebrate history and uncover stories in a fun way,” Manning said in a statement.

Peyton Manning continues to make waves in the entertainment world after an incredible NFL career.