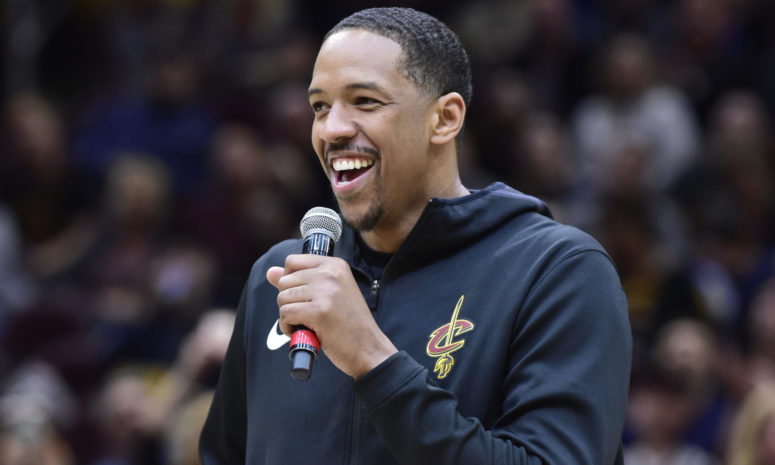 CLEVELAND, OHIO - APRIL 09: Channing Frye #9 of the Cleveland Cavaliers thanks the fans prior to the game against the Charlotte Hornets during the first half at Rocket Mortgage FieldHouse on April 09, 2019 in Cleveland, Ohio. Frye is retiring after tonight's game. NOTE TO USER: User expressly acknowledges and agrees that, by downloading and or using this photograph, User is consenting to the terms and conditions of the Getty Images License Agreement3 (Photo by Jason Miller/Getty Images)

Former NBA star Channing Frye is one of an increasing number of players who have parlayed their success on the basketball court into numerous outside ventures after their careers are over.

Born in White Plains, New York, Frye played high school basketball in Arizona, where he would be recruited by the late, great Lute Olson to play for the Arizona Wildcats. In four years playing center at Arizona, Frye proved to be one of the greatest players in school history. He remains a top 10 player in school history in points, blocks and rebounds.

Frye parlayed his success into going 8th overall by the New York Knicks in the 2005 NBA Draft. He played center and power forward in the NBA, but struggled to find a place where he really belonged until joining the Cleveland Cavaliers in the middle of the 2015-16 season.

Frye would play in 26 games for the Cavs and 12 of their postseason games as they won a historic NBA title in 2016.

Three years later, Frye would announce his retirement. He has since gone into broadcasting, working with NBA TV and other media outlets.

We caught up with Channing Frye for a fun Q&A about his recent partnership with Mobil 1, his NBA career, and the NBA All-Star Game.

This interview with Channing Frye is made possible by Mobil 1.

Cleveland, are you ready? Pumped to be a part of something amazing coming from @mobil1 and @projectbackboard. Stay tuned! 🏀 #TheTuneUp

The Spun: You’ve partnered with Mobil 1 and Project Backboard to renovate the basketball court at Merrick House in Cleveland as part of the Tune Up program. What made you want to get on board with this particular project?

Channing Frye: For me, any time I get an opportunity to help out in Cleveland, some of them I do in secret and in privacy, but when this came up on my desk it felt like an authentic partnership. A basketball court can be anything you imagine it to be, and to have an opportunity to create great relationships. And to me, the basketball court was where I spent a lot of time not only discovering things about my friends but of myself.

Pushing myself by running lines or talking to my friends who are getting into arguments – all of those emotions are things that come out through the game and through sports. To have a new court – and it looks amazing – will hopefully encourage people to come and find out about themselves and create a community.

Head over to our Instagram Stories to see the latest on our work with Project Backboard🏀👀 https://t.co/Lw07rkTSHQ

The Spun: Why did you adopt the city of Cleveland in this way?

CF: Even though I wasn’t here very long – I was here three years – Cleveland really had a place in my heart and on my family. It really endeared itself to me. The Cleveland people are very much my people. I relished the chance to play for the Cleveland Cavaliers and that organization.

Again, sometimes you do things in privacy, and other times I want to use my platform and work with organizations like Mobil 1 to do good and showcase what they’re doing in a place like Merrick House to bring more attention. 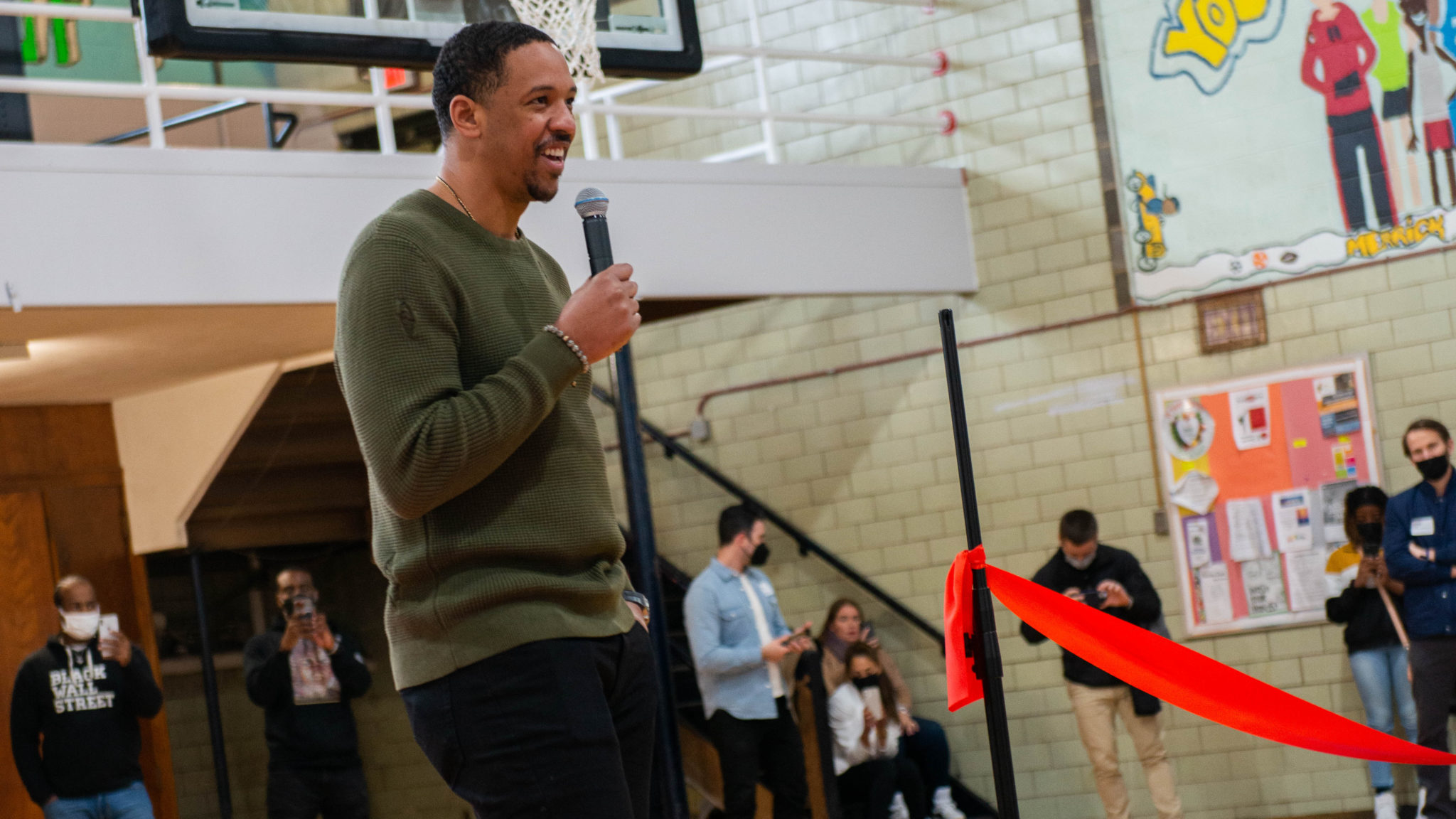 The Spun: (Asked before the 2022 NBA All-Star Game) The All-Star Game is coming up and we’ve got seven players getting their first appearance in the game. Which All-Star players are you looking forward to seeing the most?

CF: In games like this the two players I really want to see are Joel Embiid and Giannis. I think certain people play the game to just be there. Those guys play to win and to get MVP. I like the competitive nature that they show in the NBA. Along with (Nikola) Jokic, that’s who I wanna see going at it tomorrow.

The Spun: What’s your favorite part of All-Star weekend?

CF: Anytime you can bring all of the best players into one place and allow them to shine individually, maybe like a “What-If.” LeBron playing with Steph or Giannis playing with Jokic – all of these things are amazing. It’s a true example of what the NBA is, how diverse it is. Not everyone is going to be a high flyer or a big dunker but man, the skills that these guys have is amazing.

Why was @channingfrye never in the dunk contest? 🤔

He shares the answer and gives his predictions for #NBAAllStar weekend on #Handles best of the week! pic.twitter.com/SFDtxl4dJP

The Spun: On to your NBA career, what would you say is your favorite game of your career?

CF: It would say it’s Game 7 of the NBA Finals. I didn’t play a lick, but we won an NBA Championship… For me it was just, that whole season, that whole culmination of going from Orlando, one of the worst teams in the league, to get on the Cavs, for us to go through our little turmoil on the team to win a championship, it was amazing.

The Spun: Is there a player in the NBA right now who you think most reminds you of you?

CF: I would say no because these guys are so much better than I was. I was a specialist. Every big man shoots threes (now) and the game is based on skill players. It’s wild.  Maybe Bertans. David Bertans. He shoots the ball (like me).

The Spun: You announced in 2019 that you were done with the NBA. But is there any team that, if they said they need an extra body for a couple of games and asked you to help, you’d come back and say yes to?

CF: Hell to the no! Not even for the Washington Generals or the Harlem Globetrotters. Heck no. I’m on Team Burritos and Sleep.

What’s wild about my job is that I grew up watching these guys play and now I’m sitting in a room talkin hoops with Rick Mahorn, Steve Smith, and Grant Hill. These dudes are hilarious.

The Spun: You’ve since gone into broadcasting with NBATV and also done podcasting. Are there any former teammates you had who you’d love to join you on the set?

CF: Most of the guys I like I’m already working with in many ways. Dwayne Wade, Richards, Grant Hill, Steve Nash who’s now coaching. I’ve had the chance to played alongside some really amazing players that are doing things in the TV realm that are challenging me and making me better. So I want to get better at my craft.

The Spun: You were a part of the 2016 Cavs team that won the NBA title. Do you recall how you celebrated getting the chip?

CF: Yep. You know I know. I got off the airplane, drove home, got my wife, went to Don Ramone’s in West Lake and ordered the biggest damn margarita I could and started crying. The comedown of winning a championship, flying to Vegas, coming home – and there was like 100,000 people at the airport – all that with just so much adrenaline, when I got home I just lost it and started crying. At Don Ramone’s. Face in the margarita, crying like a baby. (laughs) 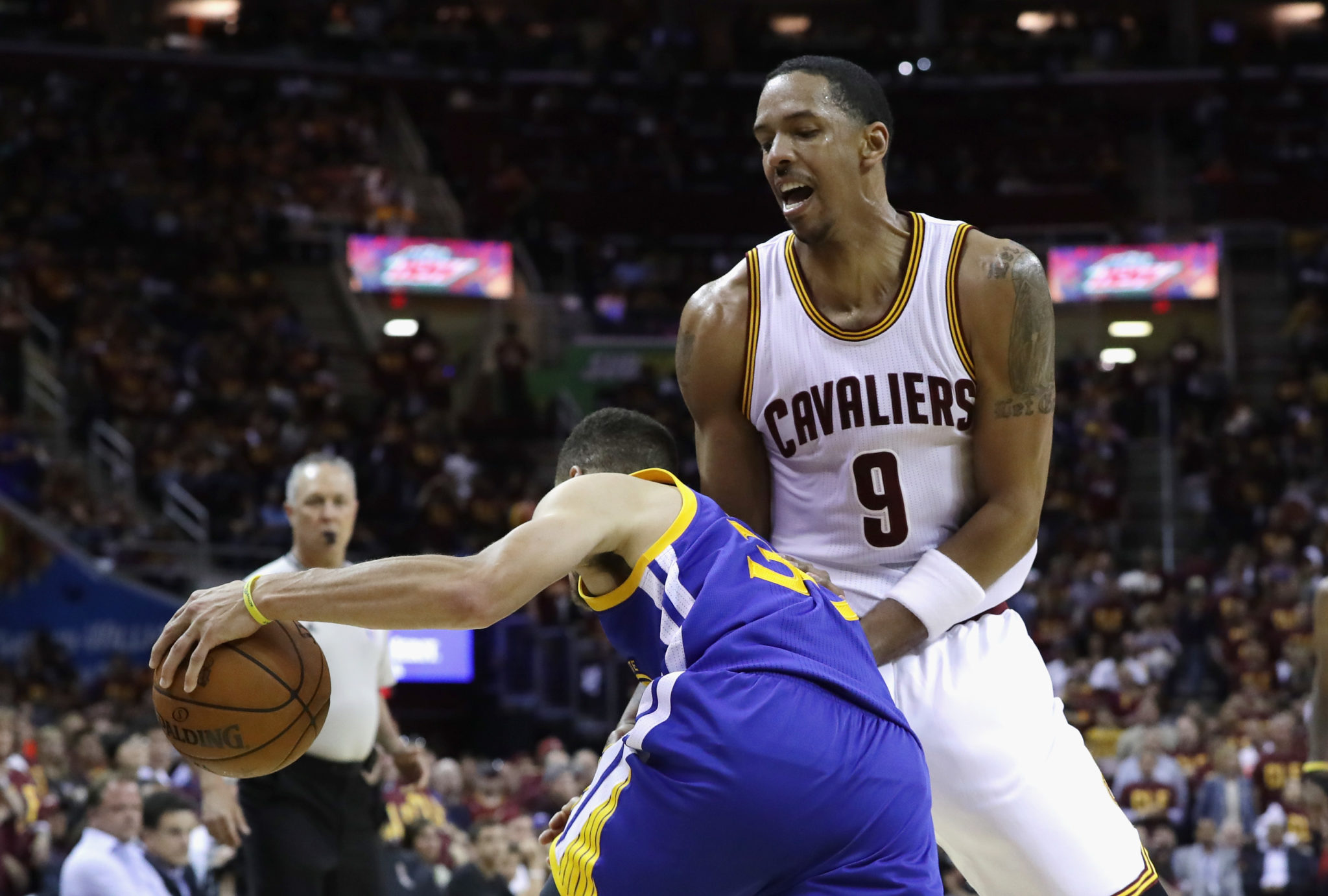 The Spun: Your alma mater, Arizona, seem to be thriving under first-year head coach Tommy Lloyd. What needs to happen for the Wildcats to put it all together and win the Tournament?

CF: They need to just continue to play ball the way they are. It comes through practice and challenging themselves. They’ve lost some games that I think they’ve learned from. But I love their coaching staff and Tommy Lloyd has done a great job in Arizona.

The Spun: Let’s have a speed round: Football or soccer?

The Spun: Formula 1 or NASCAR?

The Spun: Pineapple on pizza? No.

CF: Hell to the no! That’s disgusting.

The Spun: Star Wars or Lord of the Rings?

Why is demon slayer the anime so Damn Good!!!

CF: XBox all day – unless it’s a Nintendo Switch.

The Spun: Lastly, did you watch Space Jam: A New Legacy and what would you rate it?

CF: I give it an F – LeBron’s acting was trash. But yeah, I watched it a couple of times. My kids loved it. It’s a good movie. Solid. I liked the updates involving the other players, so I’d really give it a B-. But LeBron gets an F for acting. 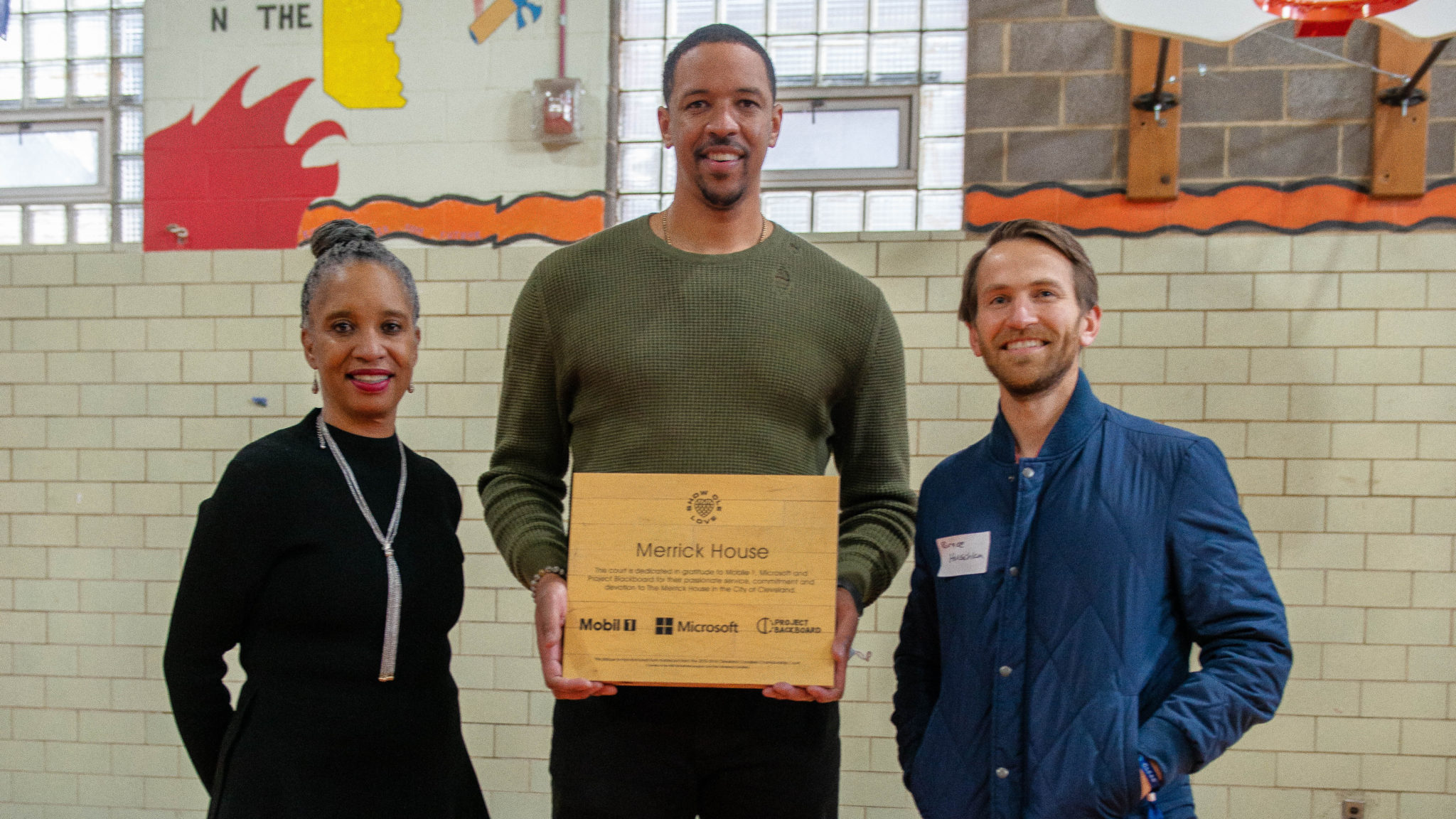 It’s always nice to see when an athlete uses their platform to improve the communities around them. Channing Frye has clearly made that one of his missions in his post-NBA career.

We look forward to seeing what Frye has in store for the people of Cleveland next through his Mobil 1 partnership.