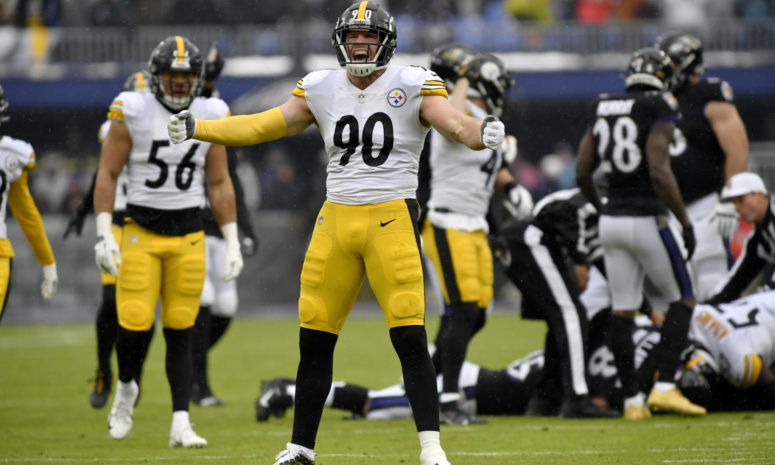 It’s not often you get two all-decade pass-rushing talents from the same family. However, since entering the league in 2011 and 2017 respectively, J.J. and T.J. Watt have proven to be nightmare fuel for opposing offenses.

(Don’t sleep on Derek either).

Fresh off a record-tying 22.5 sack season and Defensive Player of the Year Award; we caught up with four-time Pro Bowler T.J. Watt to discuss his highest NFL honor to date, “Big” Ben Roethlisberger, Six Star Pro Nutrition and the best fans in football. 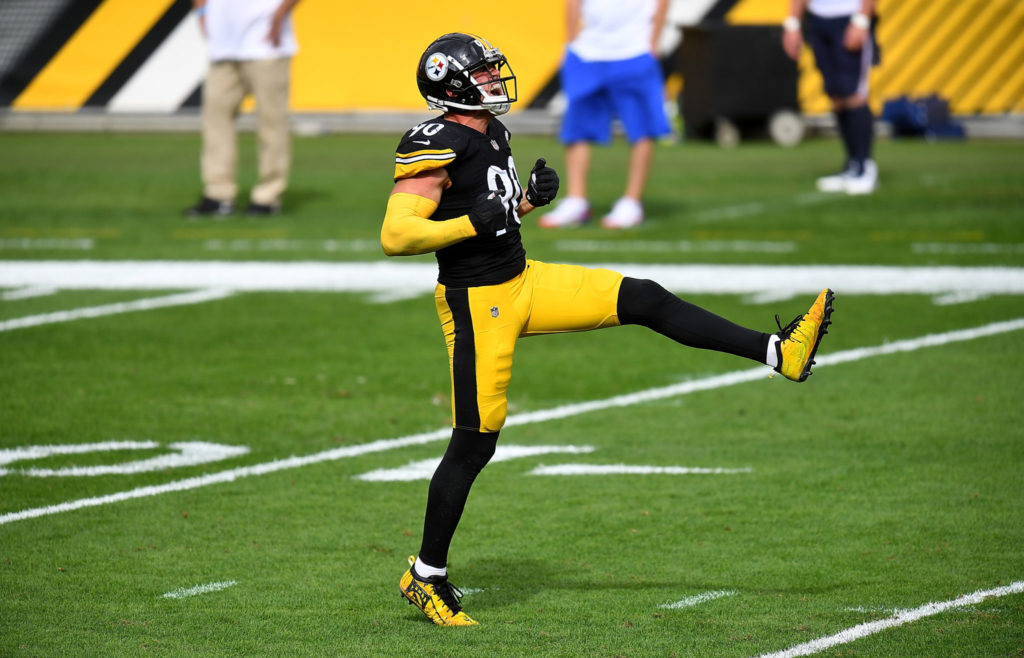 The Spun: First off, congratulations on a well-deserved Defensive Player of the Year Award. Walking up to the stage, your brother J.J. hands you the honor, and you share an emotional hug. What was going through your mind during that embrace?

T.J. Watt: Just a moment of disbelief. Just, wow. I can’t believe all of the hard work and everything I’ve put into it – and he knows the work that we’ve put in together. I had all the people that are really close to me in the audience too, so it was just a very special moment. It was able to calm me down, calm my nerves before I had to give a little speech. It was just a really special night. A night I’ll never forget.

The Spun: Obviously the Steelers’ history is littered with great defensive players – specifically linebackers. When you walk into the facility, do you feel the pressure to live up to those standards set before you? And is there a former Steeler you look at or are particularly fond of?

TJ: It’s incredible to walk through those halls and just see the amount of guys that walked through those very halls. Guys that were Hall of Famers, that were Defensive Players of the Year, that were Super Bowl champions – more important than anything. I was there when James Harrison was there for a year. It was very cool to be under his tutelage and just see how he approaches the game. He shared some of his tricks of the trade with me… I mean, “Mean” Joe Greene… so many big-time names that came through that building. When you see those guys played for the Steelers, played in that system, won Super Bowls, won big-time awards… it’s almost like “why can’t I do that?” if they were able to do it through this building too. So, it does come with high expectations… but if you’re willing to put the work in, I don’t really see it as pressure.

The Spun: Let’s go back to Ben Roethlisberger’s final home game – the victory over the Cleveland Browns that kept your season alive. Was that the most electrifying crowd you’ve ever seen at Heinz Field?

TJ: I mean it was right up there with the playoffs, it felt like a playoff game. Heinz Field has always been so special. I love playing in front of Steeler Nation, and that last game for him in Heinz Field felt just like a playoff atmosphere. Fans were on their feet the whole game, Terrible Towels were going crazy, the chants were awesome… And then you saw the embrace at the end of the game as well. Fans stuck around to show how much Ben meant to the city – and means to the city – It was a special night.

An emotional Ben Roethlisberger on his final game in Pittsburgh.

The Spun: What’s something that you learned from Big Ben that you’ll carry with you for the rest of your career?

TJ: I think for me it was just – early on in my career – Ben just going up to a young guy and saying, “Hey man, I think you’re having a great practice.” Or “Hey, I think you could do this a little better.” You realize how much weight your words have on those young guys, those guys that are eager to learn and develop. That’s something I’m trying to continue to get better at, as I grow, and as I’m going into my sixth year. Take those young guys and just be able to lighten them up a little bit … Just to show them that we’re not very different. I was in those same shoes not too long ago. And if I want to be a leader and help this team win games – any way possible – I need to continue to expand my leadership role and I learned that through Ben.

The Spun: How much of your success do you attribute to watching film? Or is it more so instincts once you get on the field and into the flow of the game?

TJ: I think it’s a collection of a lot of things. I obviously watch a lot of film and try to pick up as many things as I can that other people aren’t necessarily watching. Whether it’s a run/pass key or snap count – things along those lines. Tendencies… and it’s just a lot of countless reps that nobody sees to make everything muscle memory. To be able to defeat blocks, to be able to work with the whole D-line when it comes to rushing the passer… be able to work with the guys on the backend in pass coverage. There are so many things that the fans don’t see… That we’re putting so much time in. A lot of that stuff looks instinctual, but it’s actually just muscle memory taking over. And it’s fun man… I love my job. I love making plays. And I just love competing. It truly is the best job in the world.

The Spun: How has Six Star Pro Nutrition helped with that success?

TJ: It’s been huge. My partnership with Six Star has been nothing but great. The pre-workout, the post-workout has been able to fuel me properly this past season. It wasn’t always the easiest to not be a part of training camp, but my partnership with Six Star just really helped me be fueled to be able to continue to push my body – to be ready so I didn’t have to get ready – once it was time for the contract to be signed and for me to play Buffalo. It’s one of those things that this time of year it’s also very important that I’m fueled properly so I can push my body to the limits early in the offseason. It’s very important this time of year to hit it hard, to be able to stress my body – so once it comes time for OTA’s and mini-camp I’m showing up in the best shape that I possibly can.

The Spun: This week, assistant Teryl Austin was named defensive coordinator in the wake of Keith Butler’s retirement. What are you most looking forward to with Austin leading the defense going into the 2022-23 season?

TJ: I think T.A.’s a great hire… a guy that I’m familiar with, that everybody in the building’s familiar with… I think it’ll help that even if the language changes on defense – which I’m not sure if it will or won’t – he’s a guy that will be easily able to translate that. He knows how a lot of us learned what we’ve been doing, what we can do better… I’m looking to see what kind of spice or flare he throws into the defense. But, it’s not like he’s a stranger. So he knows what we do best individually and collectively. So it’s something that he can implement into his coaching and his game plans. And I look forward to it. 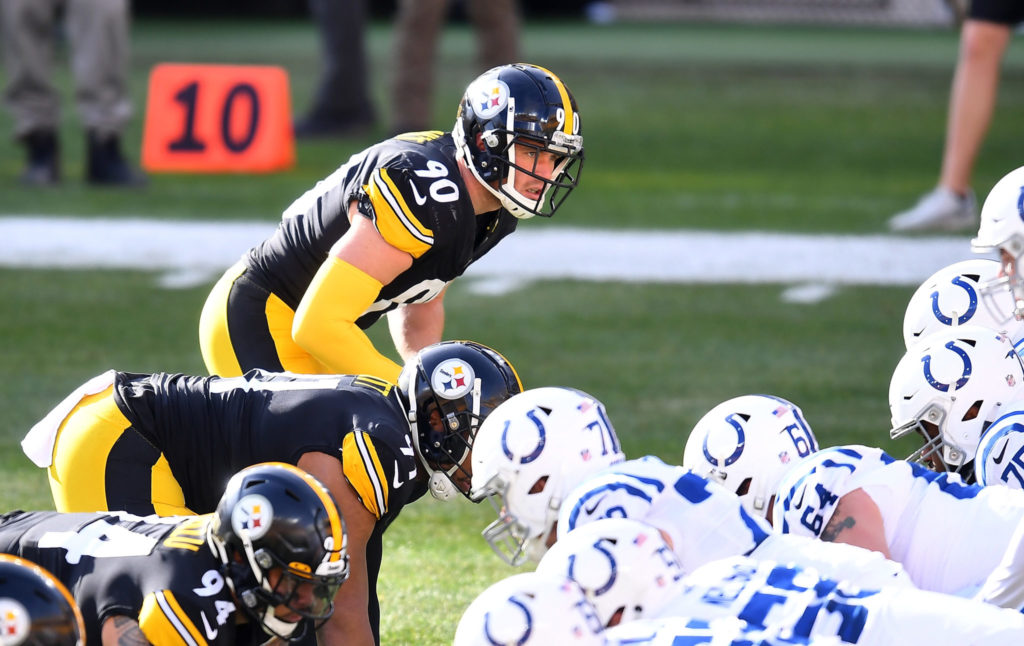 The Spun: What’s your biggest goal heading into this offseason?

TJ: The ultimate goal is to do everything I possibly can to help this team win games. To be playing on [Super Bowl] weekend, next year. The ultimate goal is to win the Super Bowl. To do that we need to win more games. We need to be more effective on defense – and I can only control what we do on the defensive side of the ball. That starts with my partnership with Six Star and getting in the gym as soon as this vacation is over. And building up my body so that I can perform for my team at the highest level possible.

The Spun: Describe the Pittsburgh Steelers fanbase in one word.

TJ: Electric. I think that’s a great word for it. I wish I could [come up with] a word for “they travel well” but I don’t know a word for that [laughs]. I’m so fortunate to play for a fanbase that cares so much. Pittsburgh’s such a special place and I think you talk about the three franchises – the Penguins, Pirates, and Steelers – it’s all black and yellow. Everywhere you go in the city it’s all you see… When we travel, they travel so well. People in the street no matter if I’m on vacation or back home in Wisconsin – in Pittsburgh, Steelers fans are just so kind and generous. They never want to bother you. They just want to say hello, they want to say they’re a Yinzer [smiles] – or that they’re a fan. And I’m just so happy to be a part of it.

Check out more of our interviews with the game’s biggest stars here.