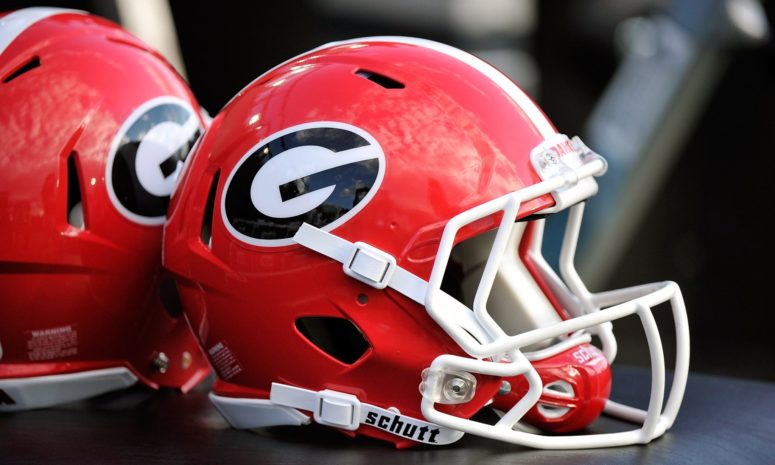 NASHVILLE, TN - SEPTEMBER 12: A helmet of the Georgia Bulldogs rests on the field during a game against of the Vanderbilt Commodores at Vanderbilt Stadium on September 12, 2015 in Nashville, Tennessee. (Photo by Frederick Breedon/Getty Images)

Last week, it was reported that Georgia football recruit EJ Lightsey suffered multiple gunshot wounds. On Wednesday, The Atlanta Journal-Constitution had an update on this situation.

Once an investigation was completed, two people were arrested in connection to the shooting.

It’s also important to note that Lightsey wasn’t the only person who was shot in Fitzgerald, Georgia. The other person, 37-year-old Maurice Robinson, unfortunately passed away from his wounds.

Fitzgerald police Chief William Smallwood made it clear that more arrests will be made in relation to this shooting. Additionally, he described the incident as “gang-related.”

Arrests made in shooting that injured Georgia linebacker https://t.co/bx5XQ7SXrj

As for the health of Lightsey, the belief is that he’s doing well now.

“What I can tell you is E.J. is doing good,” Fitzgerald High School coach Tucker Pruitt said. “Other than that, they don’t want any other details out. They don’t know if people are out to get him, and I don’t know the complete deal on his medical situation, but we think he’s going to be fine.”

Pruitt added that Georgia head coach Kirby Smart has checked in on Lightsey.

Hopefully, Lightsey will be able to make a full recovery.