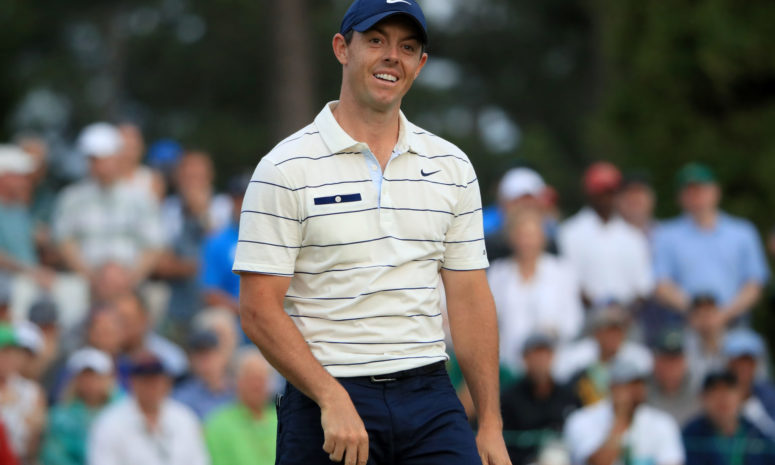 AUGUSTA, GEORGIA - APRIL 12: Rory McIlroy of Northern Ireland reacts on the 18th green during the second round of the Masters at Augusta National Golf Club on April 12, 2019 in Augusta, Georgia. (Photo by Andrew Redington/Getty Images)

A few weeks back, PGA star Rory McIlroy called Phil Mickelson’s comments about the Saudi-backed Super Golf League “naive, selfish, egotistical and ignorant.” But earlier today, he took a much more sympathetic tone when talking about the 51-year-old tour legend.

Mickelson faced swift and heavy backlash from the golfing world after his comments, leading to the end/pause of multiple major sponsorship deals.

At the Arnold Palmer Invitational on Wednesday, McIlroy was asked about how fast fans and players turned on Lefty.

“It’s unfortunate that a few comments that he thought he was making in confidence or off the record got out there and – not used against him, but this whole situation is unfortunate.”

Fans from around the golfing world took to Twitter to react to McIlroy’s statements.

“Rory is right both times. Phil has done a lot for golf,” one wrote.

“I agree Rory. My respect for you just grew,” another said.

Included in his apology last week, Mickelson said he planned to take “some time away to prioritize the ones I love most and work on being the man I want to be.”

McIlroy hopes the six-time major champion will return to the PGA TOUR soon.

Oh, what a shocker, Rory had the perfect thing to say to button up the whole Phil situation. pic.twitter.com/s93F3AmEnj