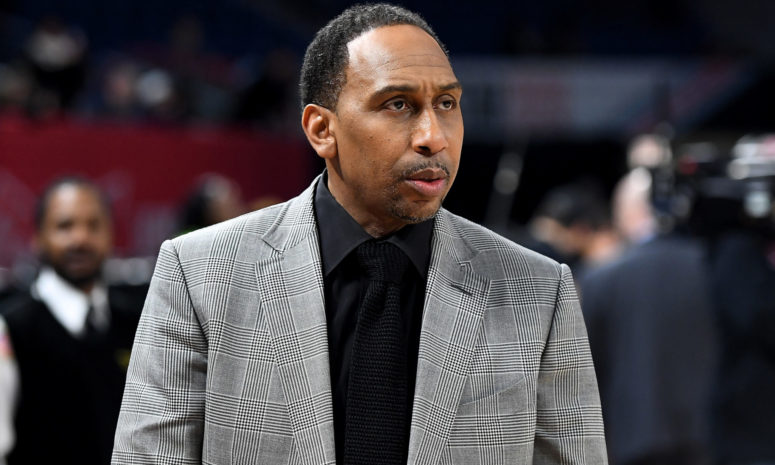 CHICAGO, ILLINOIS - FEBRUARY 14: Head coach Stephen A. Smith of Team Stephen A. looks on before the 2020 NBA All-Star Celebrity Game Presented By Ruffles at Wintrust Arena on February 14, 2020 in Chicago, Illinois. (Photo by Stacy Revere/Getty Images)

Have you ever seen ESPN’s Stephen A. Smith truly get bested in a heated one-on-one debate with another First Take host?

Well, it happened on Wednesday morning.

Chris “Mad Dog” Russo, arguably the best co-host ESPN’s ever paired with Smith, bested his new colleague in a debated about the 10 greatest NBA players of all-time.

Smith believes that Stephen Curry is worthy of a spot in that list, though Russo disagreed.

What played out was truly entertaining sports television.

Is Steph Curry a top 10 NBA player of all time? I have no idea. But I do know this is one of the greatest moments in television history. pic.twitter.com/7ibXyEUIvq

Sports fans can’t believe that Smith was bested like that.

“Mad Dog chose violence. SA had no idea what to say or do,” another fan added.

“This is incredible. I’ve never seen Stephen A take an L like this,” another fan wrote on social media.

Russo is calling his IFB a headset!!! SAS is admitting that Mad Dog "got him."

Oh no, Russo taking out SAS on all-time 10 NBA players. Stephen A. is on the ropes!

The new First Take co-host will be appearing on the show every Wednesday morning.