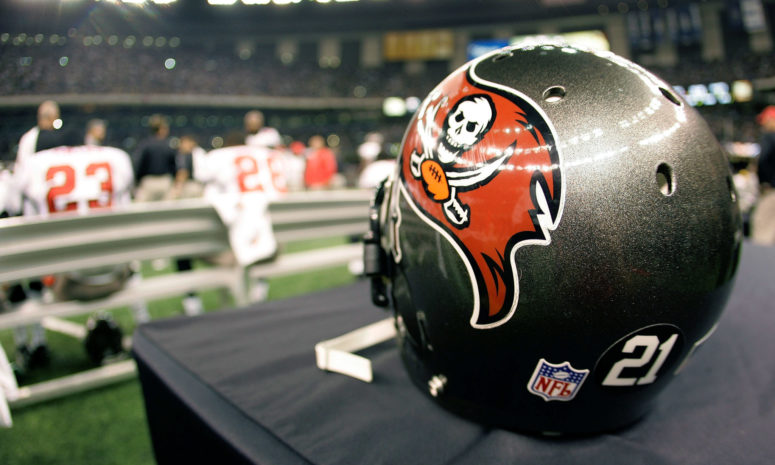 NEW ORLEANS - DECEMBER 02: A '21' sticker honoring the late Washington Redskins player Sean Taylor is seen on the helmets of the Tampa Bay Buccaneers before playing the New Orleans Saints on December 2, 2007 at the Louisiana Superdome in New Orleans, Louisiana. (Photo by Chris Graythen/Getty Images)

Bob Sanders joins the team as an outside linebackers coach, shifting former Steeler Larry Foote to working with the inside backers. Previously, Mike Caldwell held that title. But he moved on to take the defensive coordinator job in Jacksonville.

Sanders brings more than 40 years of coaching experience, including 17 NFL seasons. He and Arians spent three years together in Arizona where Sanders also coached up LB’s.

We've hired three new coaches, and Larry Foote will take over duties as Inside Linebackers Coach.#GoBucs

In addition, Joey Fitzgerald comes to Tampa as a defensive quality control coach.

In 2021, Fitzgerald served as the quarterbacks coach at Northwestern State. Along with offensive quality control coach Jeff Kastl, who taught QB’s and coordinated the passing game at Indiana State. Kastl brings over a decade of NCAA coaching experience to sunny Tampa, Florida.

Along with the new faces, a couple of other Buccaneers coaches are shifting roles.