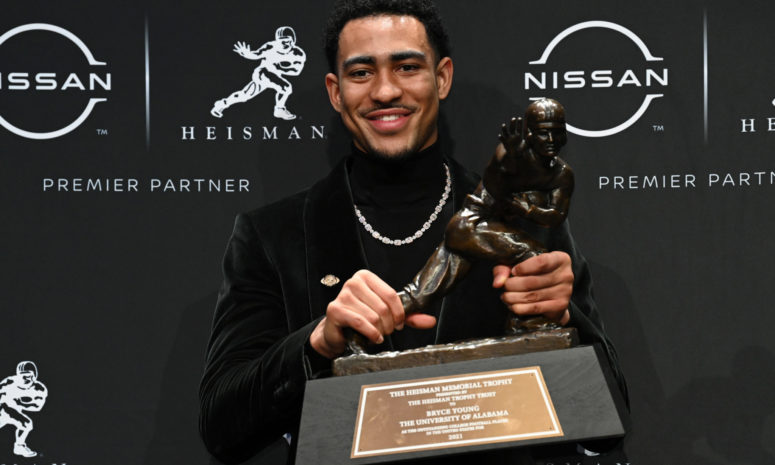 Archie Griffin is the only player in college football history to win the Heisman twice. Per the latest Heisman favorite odds, sports books expect Alabama quarterback Bryce Young to join the exclusive list by the end of next season.

Young, 20, is the current betting favorite (+200) to win the Heisman Trophy next season. In his first season as Alabama’s starting quarterback, the five star out of Southern California threw for 4,872 yards and 47 touchdowns with seven picks. He added three scores on the ground.

C.J. Stroud would probably be our early pick to win the Heisman next season. With no disrespect to Bryce Young, it’s incredibly rare to win back-to-back Heismans. Ohio State, meanwhile, should have a strong bounce-back season.

Stroud got better and better as the 2021 season rolled along. After an early rough stretch which saw the Buckeyes lose to Oregon in Week 2, Stroud found a groove. He wound up finishing with 4,435 yards and 44 touchdowns with just six picks. He’s expected to take a big jump this offseason.

Caleb Williams will be the big wild card to watch. He joined Lincoln Riley at USC this offseason. The Trojans should improve this upcoming season, but it’s expected to be a multi-year rebuild.

Who do you think will win the Heisman Trophy next season?