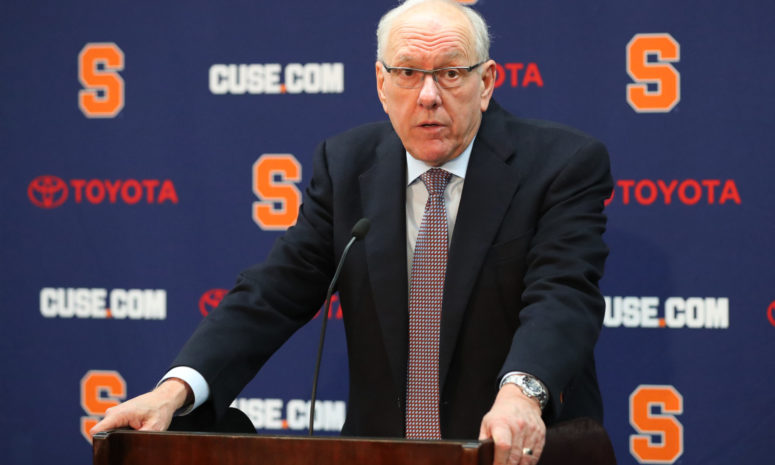 After 45 years as head coach of the Syracuse Orange, college basketball legend Jim Boeheim appears to be on the verge of retiring. But not yet.

Appearing on ESPN’s On The Block, Boeheim said that he wouldn’t announce exactly when he plans to call it quits. But he made it clear that there is a succession plan in place for when he does.

“I’m not going to tell you or anybody when this is going to be,” Boeheim said on the show. “We have a plan in place. A good plan. An ironclad plan. It’s not my decision. I’m not naming the coach like people say all the time.”

Boeheim has stated that he intends to coach Syracuse next year for the 2022-23 season. But he won’t let anyone speculate whether that will be his final year either.

Significant news broken on @BrentAxeMedia’s show on @ESPNSyracuse. Jim Boeheim knows when he will retire as head coach of Syracuse basketball and there is a succession plan in place. https://t.co/U9unzavIXT pic.twitter.com/7S0CT4LnAc

As for who this designated successor might be, we can only guess. But if there’s a “succession plan” it probably means someone on the staff.

Associated head coach Adrian Autry has the most coaching experience of anyone else on staff, but Gerry McNamara has spent his entire career under Jim Boeheim’s wing.

There will be no shortage of options for the Orange when Boeheim finally calls it quits. And it may not be limited to who is on staff right now.

What do you think will take over as head coach of Syracuse when Jim Boeheim retires?