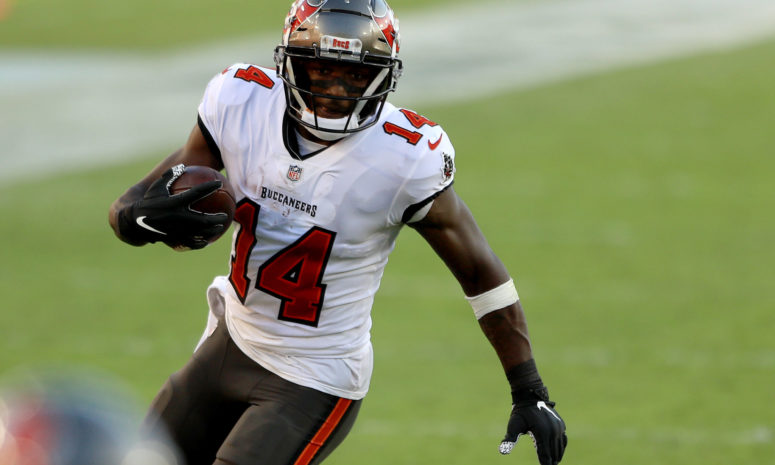 The Tampa Bay Buccaneers are set to get a major offensive weapon back for next year.

PewterReport is reporting that receiver Chris Godwin will be returning to the team next year. It sounds like he’s going to get a new deal, though it hasn’t been finalized yet.

#Bucs WR Chris Godwin isn't going anywhere folks. He's going to stay in Tampa Bay with a new deal. It's not done yet, but it's coming.

Godwin was having an outstanding season before he blew out his knee in late December. It came at the worst possible time as the Bucs were gearing up for a potential playoff run.

He injured his knee against the Saints when the Bucs lost 9-0. It was the only time Tampa Bay was shut out during the season.

Godwin finished with 1,103 receiving yards, plus five touchdowns on 98 total receptions. He also did all of that on the franchise tag and was setting himself up to get quite the payday in the offseason.

That payday looks to be almost here as the Bucs will surely give him a lucrative deal if it gets finalized.

The NFL world is hoping that this report is accurate.

Really hoping this is legit. https://t.co/ofdDgoqrxU

A top notch Bucs source but… just to be safe

I think dynasty managers should definitely plan as if Chris Godwin will remain in Tampa Bay until we hear otherwise. Not a certainty, but I think it's 90%+ that Godwin stays. https://t.co/QN5W2cbtTR

If the Bucs can get a competent quarterback to replace Tom Brady, they could be a playoff team again next season with the weapons they have.