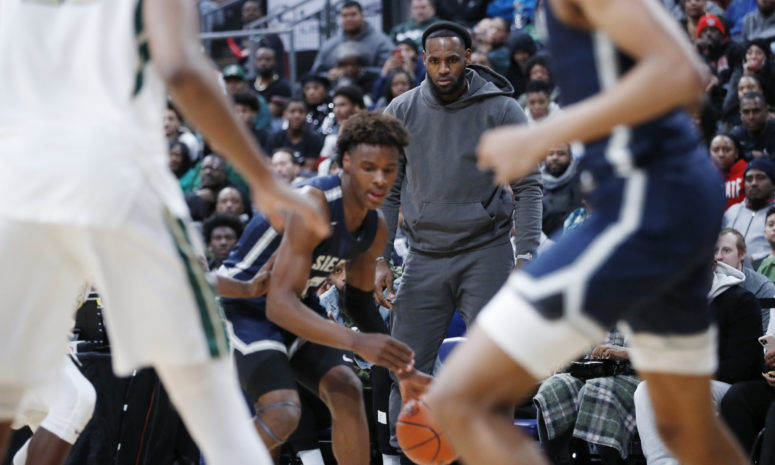 It remains to be seen if Bronny James will play college basketball.

Bronny James, the oldest son of Los Angeles Lakers star LeBron James, is a four-star recruit in the class of 2023.

LeBron made headlines last week when he confirmed that he wants to play with his son in the NBA – and he’ll do whatever it takes to make that happen.

“Wherever Bronny is at, that’s where I’ll be. I would do whatever it takes to play with my son for one year. It’s not about the money at that point,” LeBron said.

If Bronny does go to college, though, four schools are considered to be the favorites:

Bronny James isn’t a sure-fire NBA prospect, but he certainly has NBA genes. Add in the fact that LeBron James will be joining whatever team he gets drafted – or signed – by and playing professionally seems likely.