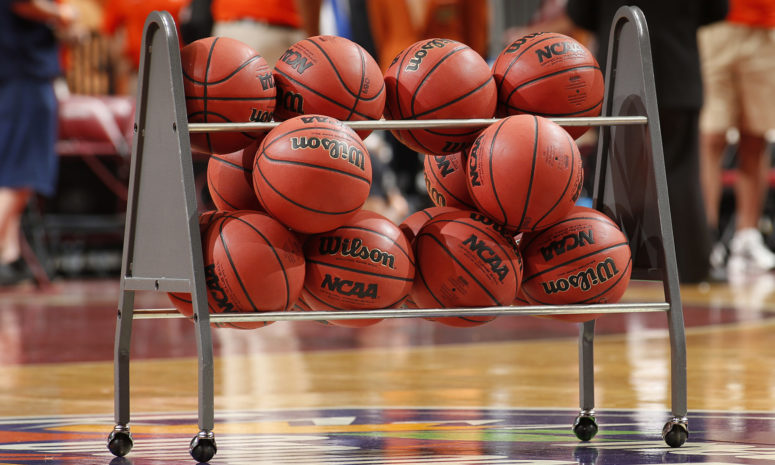 SUNRISE, FL - DECEMBER 21: NCAA basketballs in a rack on the court during the shoot-around proipr to the game between the Florida Gators and the Fresno State Bulldogs during the MetroPCS Orange Bowl Basketball Classic on December 21, 2013 at the BB&T Center in Sunrise, Florida. Florida defeated Fresno State 66-49. (Photo by Joel Auerbach/Getty Images)

After over 30 years coaching basketball across the country and nearly a decade at Jackson State, Tigers head coach Wayne Brent may be retiring.

According to Stadium college basketball insider Jeff Goodman, Brent is expected to retire after the 2021-22 season. His Tigers have a 9-18 record this season as of writing and are 7-9 in conference play.

Brent has 116 wins in nine seasons at Jackson State. He led the Tigers to the second round of the CIT in 2016 and saw them finish with an undefeated conference record last year.

As for potential replacements, Goodman says that there is a frontrunner: Alabama State head coach and Jackson, Mississippi native Mo Williams.

Mo Williams was born in Jackson and went to high school in the Mississippi capital, but played college ball at Alabama. After a standout career with the Crimson Tide, he was a second-round draft pick in the NBA in 2003 and spent over a decade in the pros.

As a teammate to LeBron James on the 2008-09 Cleveland Cavaliers, Williams made the All-Star Game at guard. He and LeBron would reunite in 2015, and won the NBA title in 2016.

If Williams is the hire, Jackson State would have two All-Star former players as coaches in their athletic department. The other is Deion Sanders, their football coach.

The Jackson State basketball team has not made the NCAA since 2007. Will Mo Williams be the man to bring them back?