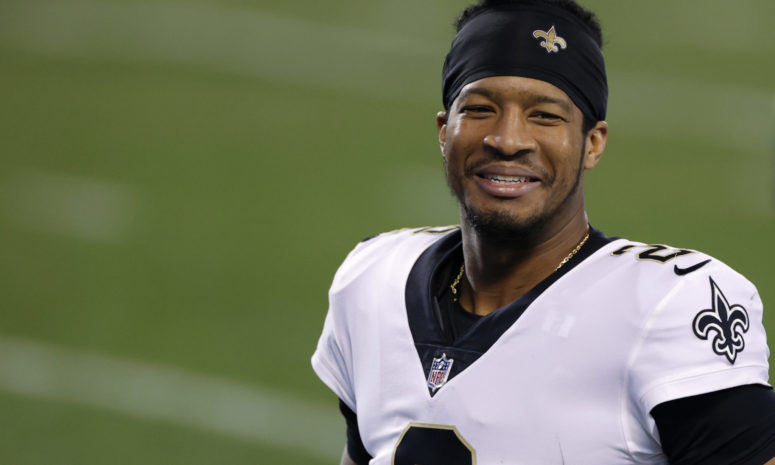 In recent weeks, Jameis Winston has established himself as the king of unconventional workout videos. On Wednesday evening, yet another peculiar workout video for the New Orleans Saints QB is going viral on Twitter.

Pray for the rest of the NFL. Jamies is so far ahead of schedule in his recovery hes doing exercises no ones ever even attempted pic.twitter.com/u4TLMZxwos

Winston is still on the mend after suffering a torn ACL injury in Week 8 of the Saints’ 2021 campaign. Prior to that season-ending injury, the former No. 1 overall pick was off to an excellent start with 1,170 yards, 14 touchdowns and three interceptions en route to a 5-2 record as a starter.

With this and other recent workout videos, Winston has shown some tremendous progress on his recovery journey.

Rumors about a potential blockbuster trade to bring a new quarterback option to New Orleans have floated this offseason. But for now, Winston is set to return as the Saints’ QB1 in 2022.