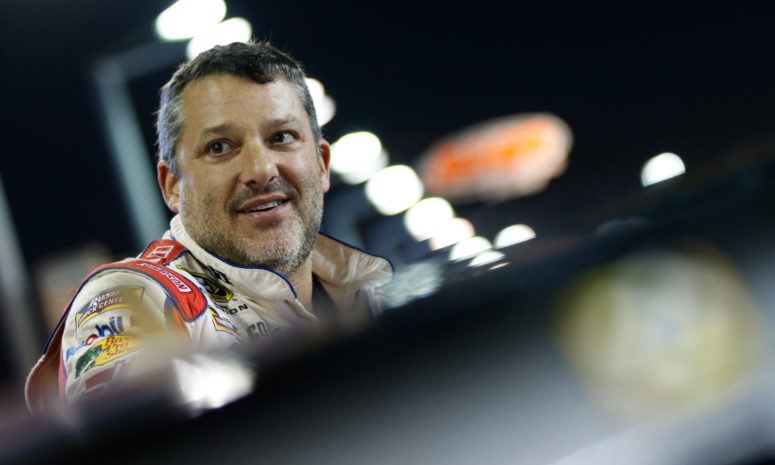 HOMESTEAD, FL - NOVEMBER 18: Tony Stewart, driver of the #14 Always a Racer/Mobil 1 Chevrolet, stands on the grid during qualifying for the NASCAR Sprint Cup Series Ford EcoBoost 400 at Homestead-Miami Speedway on November 18, 2016 in Homestead, Florida. (Photo by Brian Lawdermilk/Getty Images)

Anyone have $30 million laying around?

If you do, perhaps you want to spend it on the home of legendary NASCAR driver Tony Stewart.

Stewart, a longtime racing star, has put his Columbus, Indiana home on the market. According to Zillow, it’s priced at $30 million.

Photos of the “Bass Pro Shops-looking” home have gone viral on social media on Wednesday afternoon.

The house is reportedly more than 20,000 sq. ft. in size, with a two-story waterfall and a trout stream in the home’s entryway.

Nascar driver @TonyStewart’s Columbus, IN home is for sale for $30,000,000 and has nearly 20k square feet which includes a 2 story waterfall and trout stream in the entry lol pic.twitter.com/aZniMtUC9f

That’s quite a house.

Contractor: "So what are some ideas you had for the house?"

Tony Stewart: "You ever been to a Bass Pro Shop?"

This is a Bass Pro Shop https://t.co/YJqc8c9O6Q

for those of you who always dreamed of living in a bass pro shop https://t.co/O1laN0aWo1

The Wall Street Journal had more details on the listing:

The roughly 415-acre ranch, called Hidden Hollow, is located about an hour from Indianapolis, in a rural area on the outskirts of Mr. Stewart’s hometown of Columbus, Ind., according to listing agent Carrie Holle of Compass. In the early 2000s, Mr. Stewart combined several parcels to create the ranch and began building the structures on it in 2009, she said. The property was completed in 2011 and is the most expensive on the market in Indiana, according to Zillow.

Former Nascar driver Tony Stewart is putting Hidden Hollow, his 415-acre Indiana ranch, on the market for $30 million, making it the priciest listing in the state https://t.co/lTjtq9IOKi