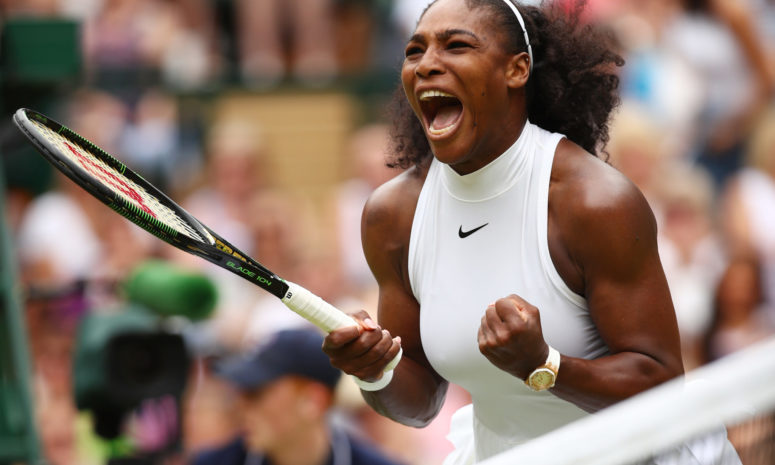 LONDON, ENGLAND - JULY 09: Serena Williams of The United States celebrates during The Ladies Singles Final against Angelique Kerber of Germany on day twelve of the Wimbledon Lawn Tennis Championships at the All England Lawn Tennis and Croquet Club on July 9, 2016 in London, England. (Photo by Clive Brunskill/Getty Images)

Tennis superstars Serena Williams and Venus Williams are icons of the sport. But The New York Times is learning the hard way what happens when you confuse one for the other.

In a recent news story, the Times used an image of Venus in a report about a company run by Serena. As you can imagine, Serena didn’t take kindly to being misidentified.

Taking to Twitter, Williams posted a picture of the article and crushed the Times. She called on the publication to “do better” and said that the incident serves as a reminder that her work is still not enough.

“No matter how far we come, we get reminded that it’s not enough,” Williams tweeted. “This is why I raised $111M for @serenaventures. To support the founders who are overlooked by engrained systems woefully unaware of their biases. Because even I am overlooked. You can do better, @nytimes.”

The New York Times soon replied to the mistake, calling it “an error when selecting photos for the print edition” and saying that the mistake was not made online. They pledged to print a correction in their next paper.

This was our mistake. It was due to an error when selecting photos for the print edition, and it did not appear online. A correction will appear in tomorrow’s paper.

The Williams sisters faced discrimination for years as they clawed their way into the upper echelons of tennis and sports as a whole. They’re both icons and have the respect of millions around the world.

But while they enjoy competing against each other, don’t confuse them for one-another.