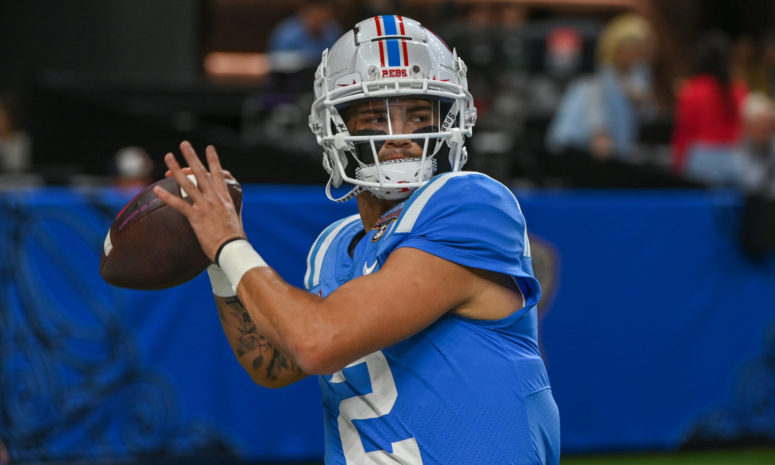 Ole Miss quarterback Matt Corral was hoping to end his college career on a positive note. Unfortunately, it ended with him suffering a right ankle injury against Baylor in the Sugar Bowl.

Fortunately, Corral didn’t suffer an injury that’ll prevent him from playing football again this year. However, it’s serious enough that he won’t be able to compete at the NFL Scouting Combine.

While at the combine this week, Corral fielded questions about his health. He also revealed whether or not he has any regrets about playing in the Sugar Bowl.

Corral quickly dismissed the idea that he would change his decision if he could do it all over again. The talented gunslinger wanted to be out there on the field with his teammates.

“They asked if I regretted it, and I said, ‘Absolutely not,'” Corral said, via ESPN. “I never thought about opting out. … It was never a thought in my mind. I was going to play regardless.”

Corral also provided an update on his recovery process this week.

Even though Corral won’t participate in any drills this week in Indianapolis, he’ll get to interview with NFL teams.

Corral finished his final season at Ole Miss with 3,349 passing yards, 614 rushing yards and 31 total touchdowns. He’s expected to be a first-round pick in this year’s draft.