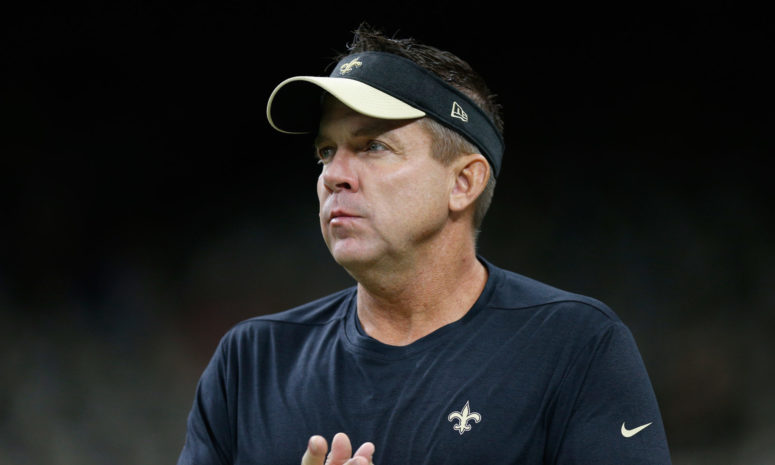 NEW ORLEANS, LA - SEPTEMBER 16: Head coach Sean Payton of the New Orleans Saints on the sidelines before the start of the game against the Cleveland Browns at Mercedes-Benz Superdome on September 16, 2018 in New Orleans, Louisiana. (Photo by Jonathan Bachman/Getty Images)

On Monday, Pro Football Talk’s Mike Florio reported that the Miami Dolphins wanted to pursue Sean Payton to be the team’s head coach in 2022.

At the NFL scouting combine today, Dolphins GM Chris Grier confirmed the team did reach out to the Saints about making a move for Payton after he stepped down as head coach in late January.

However, New Orleans blocked Miami from speaking with Payton, which they are able to do because the coach is technically still under contract.

Chris Grier just met with local reporters. Among the biggest takeaways: The Dolphins did make a call on Sean Payton after he stepped away, but the Saints blocked them.

According to Florio’s report, the Saints told Miami “don’t bother” when it came to Payton, who is now reportedly focusing his attention on broadcasting opportunities.

Florio also said the Dolphins wanted to pursue Tom Brady as their starting quarterback, which Grier did not confirm during his media session Wednesday.

Barring a major trade, it appears Tagovailoa will be the team’s starter in 2022.