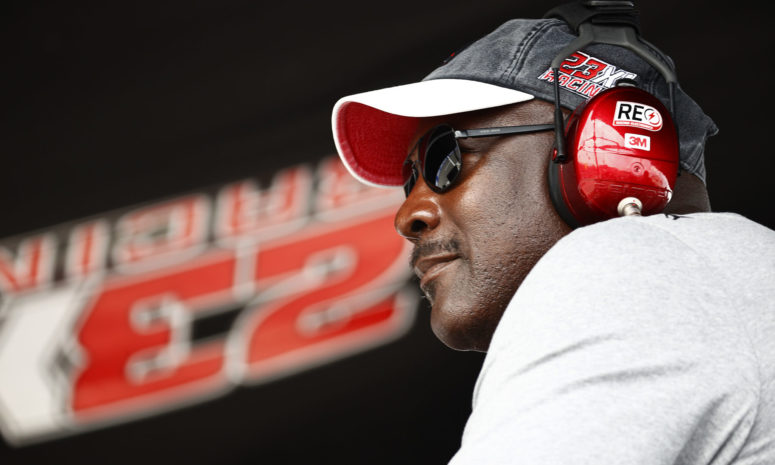 Michael Jordan, co-owner of the 23XI Racing team with Denny Hamlin, and plenty of other teams are preparing for the sport’s new media rights deal.

Jordan, along with his longtime financial adviser, Curtis Polk, are hoping to use their existing knowledge from other sports leagues to shape the future of NASCAR.

According to a report from the Sports Business Journal, teams have to rely on sponsors for 75-percent of their revenue. “65% of money from a race goes to the track, 25% goes to teams and 10% goes to the sanctioning body,” the article said.

With that in mind, Jordan and Polk are hoping to change things up.

“One of the things we’ve learned is the economics of the sport, and I think the sport is a sleeping giant, but from the team ownership side it’s very sponsor dependent and we need to address that model.

Michael and I could add a lot of info we’ve learned from being with the NBA for many years and also owning a major league baseball team. So that’s what we’ve been working on a lot with Denny is to help educate him as to what a better economic model might be and to help develop that and hopefully we’ll have a lot of ears that will listen to us.”

NASCAR’s current deal with FOX and NBC does not expire until 2025. However, Jordan and company are getting an early start.