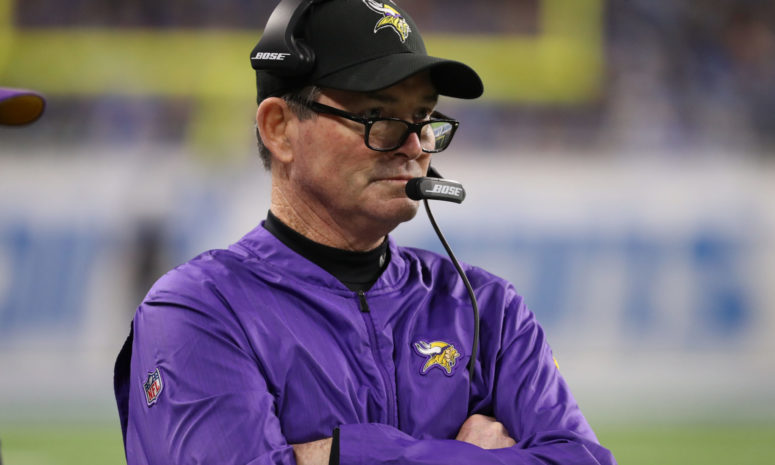 DETROIT, MI - DECEMBER 23: Head coach Mike Zimmer of the Minnesota Vikings looks on in the first quarter against the Detroit Lions at Ford Field on December 23, 2018 in Detroit, Michigan. (Photo by Leon Halip/Getty Images)

Former Minnesota Vikings head coach Mike Zimmer let it be known that he wasn’t happy at times with Kirk Cousins.

Some agreed with Zimmer, though some others sided with Cousins. Graff also reports that some Vikings’ front office members thought he didn’t handle the situation the right way.

The same front office members thought that he shouldn’t have bashed his way in public meetings since his job was to get the most out of his players.

Tensions were obviously high towards the end of the season as the Vikings season was getting out of hand. They ended up missing the playoffs and both Zimmer and general manager Rick Spielman were fired.

The NFL world isn’t surprised that Zimmer went at Cousins in public.

A few other fans though think that the blame is a bit misplaced.

Should have been complaining after he saved his job after the win against the Lions and Panthers this year from having the team drop to 1-4 at home and 2-4 heading into the bye https://t.co/iJzpGCBBH8

But sure go ahead and blame Cousins https://t.co/Sy8fIoZYMa

The Vikings now have a new regime in for next season with Kevin O’Connell in as the head coach and Kwesi Adofo-Mensah in as general manager.

They still have to make a decision when it comes to whether Cousins will start next season or not.