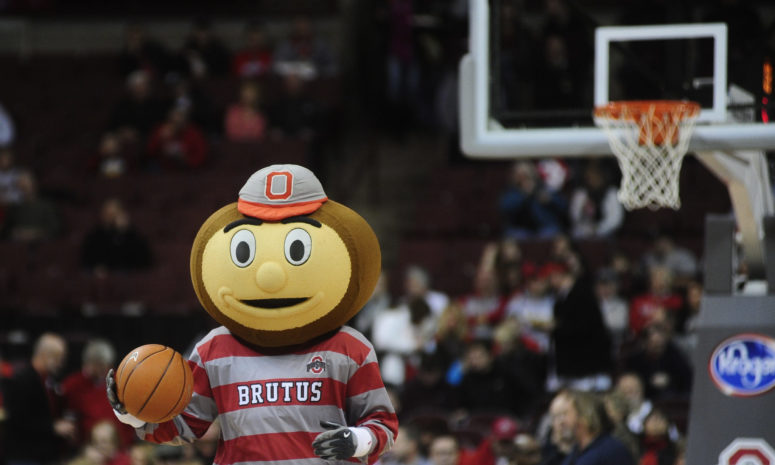 COLUMBUS, OH - JANUARY 4: Ohio State Mascot Brutus the Buckeye goofs around with a basketball prior to the start of the game against the Nebraska Cornhuskers on January 4, 20114 at Value City Arena in Columbus, Ohio. Ohio State won by a final score of 84-53. (Photo by Ryan Young/Getty Images)

An upset-packed week of college basketball continued with yet another unexpected outcome on Tuesday night.

Earlier this evening, the unranked Nebraska Cornhuskers took down the No. 23 Ohio State Buckeyes with a 78-70 win in Columbus.

Heading into tonight’s away contest, the Huskers were dead last in the Big Ten with a 2-16 conference record (8-21 overall). This upset victory was the program’s first win over a ranked opponent since 2019.

Nebraska pulls off the upset against No. 23 Ohio State‼️ @HuskerHoops

Their first win against a ranked opponent since 2019 👏 pic.twitter.com/9d4IEoACwf

The college basketball world took to Twitter to react to this outstanding win for Nebraska and shocking stumble for Ohio State.

“Is this [Nebraska] team going to find a way to run through the big 10 tourney and make the dance and be the first Nebrasketball team to win a tourney game in the most unlikely of all scenarios?” one Huskers fan jokingly overreacted.

“Nebraska won’t play much in March, but I’m stoked to see them get in on a little bit of madness,” another added.

Final: Nebraska 78 – 70 over Ohio State!
A road win!
A ranked opponent win!
A confident win!
This is weird

Had the Buckeyes taken care of business on their home court, they would’ve overtaken the Iowa Hawkeyes for the all-important No. 4 seed as they head into this year’s Big Ten Tournament. Now the No. 5 seed, Ohio State will take on Michigan State and Michigan to close out the regular season.

Heading into tonight’s game, ESPN bracket expert Joe Lunardi had the Buckeyes as a No. 6 seed in the NCAA Tournament.