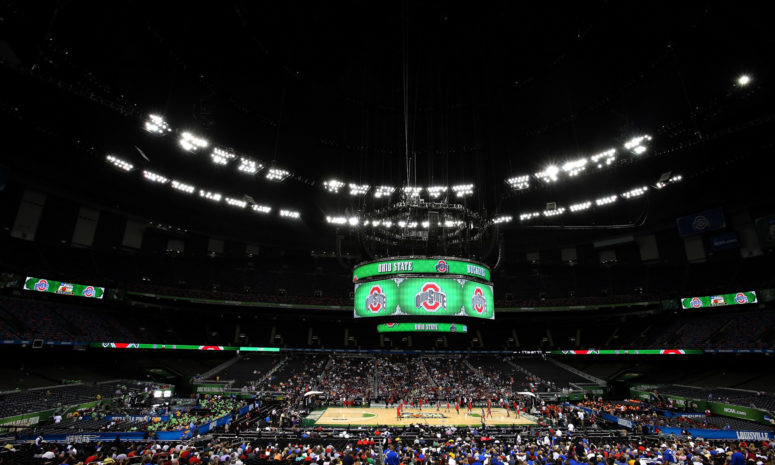 NEW ORLEANS, LA - MARCH 30: A general view as the Ohio State Buckeyes practice prior to the 2012 Final Four of the NCAA Division I Men's Basketball Tournament at the Mercedes-Benz Superdome on March 30, 2012 in New Orleans, Louisiana. (Photo by Jeff Gross/Getty Images)

No. 23 Ohio State will host Nebraska short-handed Tuesday night after confirming that Zed Key is out with an ankle injury.

Key suffered the injury during Sunday’s loss to Maryland and left in a walking boot. The sophomore commented on the team’s Twitter post reporting his absence for the Big Ten showdown.

“Hate to be sidelined, but my teammates going to pull this out,” Key wrote. “I’m on the bench going crazy for them tho!!! #GoBucks”

Hate to be sidelined, but my teammates going to pull this out. I’m on the bench going crazy for them tho!!! #GoBucks https://t.co/X0AJye8SFu

The 18-8 Buckeyes will square off against the 8-21 Cornhuskers at 7 p.m. ET in Columbus. Ohio State remains a considerable favorite as it looks to sharpen its NCAA tournament qualifications during the regular season’s final week.