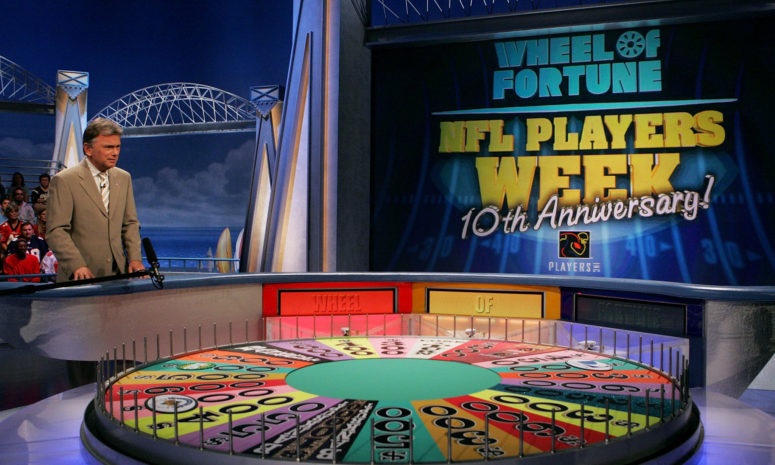 Like a referee or umpire, game show contestants are far more likely to enter the public spotlight when something goes awry.

That happened in Tuesday night’s episode of Wheel of Fortune. For two awkward minutes, contestants couldn’t complete the missing four letters of “Another feather _n yo_r _a_.”

From the comfort of own homes and with the benefit of hindsight, it’s easy to identify the correct answer as “Another feather in your cap.” Unfortunately, that wasn’t the case for these players.

One contestant twice guessed the wrong consonant, and another whiffed on three chances to solve the puzzle. The third player twice spun bankrupt before finally getting an opportunity to say the correct answer.

This might have been the worst two minute stretch in Wheel of Fortune history 😂 pic.twitter.com/lz6HynkkF5

Social media had fun at their expense, but host Pat Sajak urged everyone to try and empathize instead.

“It always pains me when nice people come on our show to play a game and win some money and maybe fulfill a lifelong dream, and are then subject to online ridicule when they make a mistake or something goes awry,” Sajak wrote in a Twitter thread Wednesday morning.

It always pains me when nice people come on our show to play a game and win some money and maybe fulfill a lifelong dream, and are then subject to online ridicule when they make a mistake or something goes awry.

He said the first incorrect guess threw off the contestants who “were stunned when I said it was wrong” since it’s another often-used variation of the saying.

“Now imagine you’re on national TV, and you’re suddenly thrown a curve and you begin getting worried about looking stupid, and if the feather isn’t in your hat, where the heck can it be? You start flailing away looking for alternatives rather than synonyms for ‘hat.’

“And, of course, when it’s solved, you want to crawl in a hole. I’ve been praised online for ‘keeping it together’ and not making fun of the players. Truth is, all I want to do is help to get them through it and convince them that those things happen even to very bright people.”

Sajak pleaded with everyone to “have a little heart” and stop mocking “good people in a bad situation under a kind of stress that you can’t begin to appreciate from the comfort of your couch.”

“Good-natured laughter is one thing,” Sajak continued. “Heck, they laughed at themselves. But, hey, cut them some slack. Unless you’re there, you have no idea how different it is in the studio.”

The host concluded with a warning everyone would be wise to heed.

“After all, you may be there one day. And no one wants to be trending on Twitter.”