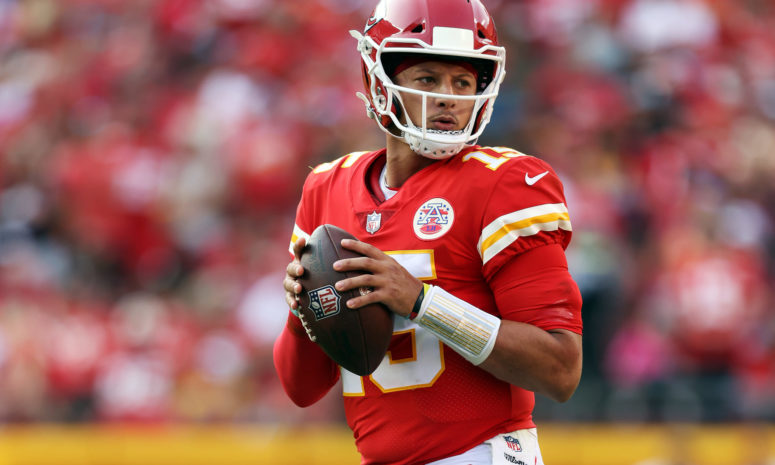 KANSAS CITY, MISSOURI - SEPTEMBER 12: Quarterback Patrick Mahomes #15 of the Kansas City Chiefs in action during the game against the Cleveland Browns at Arrowhead Stadium on September 12, 2021 in Kansas City, Missouri. (Photo by Jamie Squire/Getty Images)

The Kansas City Chiefs won’t be trading Patrick Mahomes, obviously, but that didn’t stop one NFL team from inquiring about it.

According to a report from ESPN, the Washington Commanders called every NFL team about a trade for their quarterback – including the Chiefs and Mahomes.

There was one sentence that caught the eye of Chiefs fans.

After detailing the struggles of the past four seasons, Keim wrote: “All of this is why, according to a source, Washington has reached out to every team to inquire about a quarterback’s availability and the cost. The team started its search with a list of 42 quarterbacks.”

Yes, all 31 teams were contacted, which means someone in Washington placed a call to the Chiefs to ask about Patrick Mahomes. On Twitter, Chiefs fans (and others, including at least one Washington supporter) had a fun time trying to imagine that conversation. Here are some of the humorous tweets about that subject.

NFL fans had some fun on social media.

Fans had a laugh thinking about the call to the Chiefs regarding Patrick Mahomes. https://t.co/LCljAXwJ8c

Washington head coach Ron Rivera admitted that his team is in need of a veteran quarterback, but it won’t be Mahomes.

It will be interesting to see who Washington ends up with.