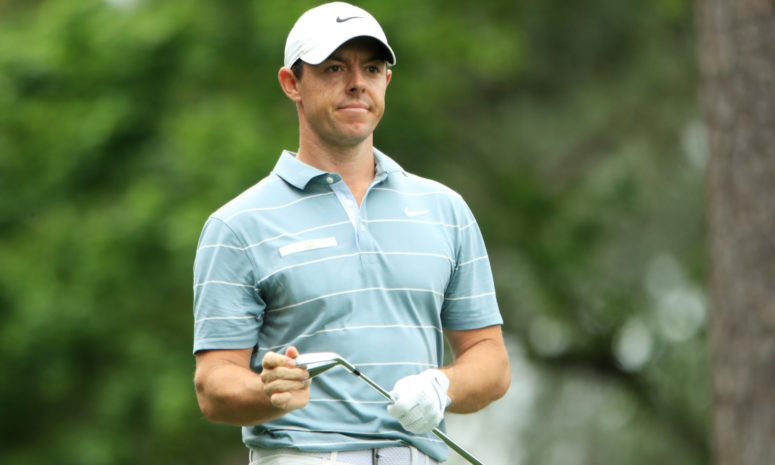 AUGUSTA, GEORGIA - APRIL 13: Rory McIlroy of Northern Ireland reacts on the fourth hole during the third round of the Masters at Augusta National Golf Club on April 13, 2019 in Augusta, Georgia. (Photo by Andrew Redington/Getty Images)

A few weeks back when Phil Mickelson spoke a little too glowingly about the Saudi-backed Super Golf League, Rory McIlroy was the most vehemently opposed to Mickelson’s position. But it appears he’s now softened his stance a bit.

Appearing at the Arnold Palmer Invitational, McIlroy addressed the number of high-profile sponsors and fans turning on Mickelson. McIlroy made it clear that he wants Mickelson to return to the PGA Tour and acknowledged that he made a mistake.

Rory McIlroy on Phil Mickelson: 'I think the players want to see him back': https://t.co/Q1V4cqXhdi pic.twitter.com/LkUPgLG1Iu

Phil Mickelson has lost sponsorships from KPMG and Workday in the fallout of his Super Golf League comments. Callaway Golf has also decided to “pause” their relationship with the six-time major winner.

“It’s unfortunate that a few comments that he thought he was making in confidence or off the record got out there and – not used against him, but this whole situation is unfortunate.”

McIlroy is right when he says it’s an unfortunate situation. Unfortunately for Mickelson, it’s the end result of a risk he took by making a public statement about a controversial topic.

Will Phil Mickelson get his sponsors back?