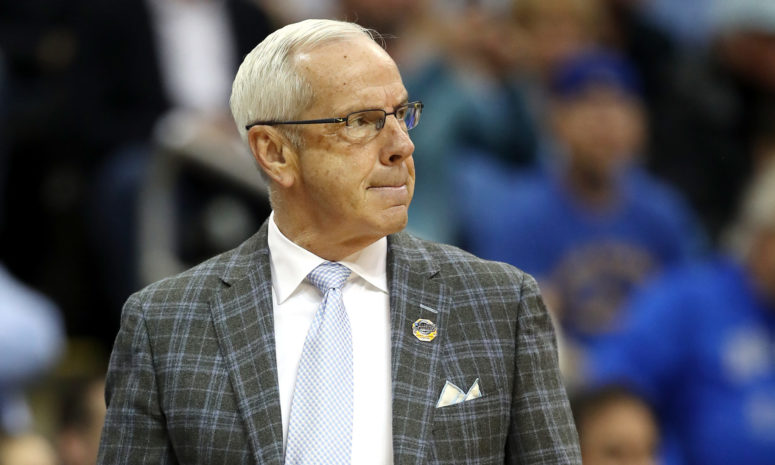 Roy Williams spent a decade as an assistant coach on Dean Smith’s staff before paving his own legacy in North Carolina.

Before rejoining the Tar Heels as head coach in 2003, Williams left to lead Kansas’ program in 1988. According to Sports Illustrated‘s Jon Wertheim, he had the opportunity to take a new job at Indiana sooner.

As Williams relayed to Wertheim, Bob Knight approached Smith about adding to his coach staff.

“Coach Smith said to Coach Knight, ‘Well, who are you looking for?’” Williams said. “And I think Coach Knight said, ‘Somebody like Roy.’ ”

Williams ran the offer by his wife, Wanda, who had read John Feinstein’s A Season on the Brink. Given the book’s portrayal of Knight’s volatile temper, she expressed some concern.

“She said, ‘Are you serious?’ ” Williams recalled to Wertheim.

Williams declined. He later told the story to Knight, who “thought that was the funniest thing he’d ever heard.”

The decision worked out well for Williams, who ranks fourth on the men’s all-time Division I wins leaderboard after going 903-264 in 33 seasons with the Jayhawks and Tar Heels. He led North Carolina to three national championships before retiring last year.