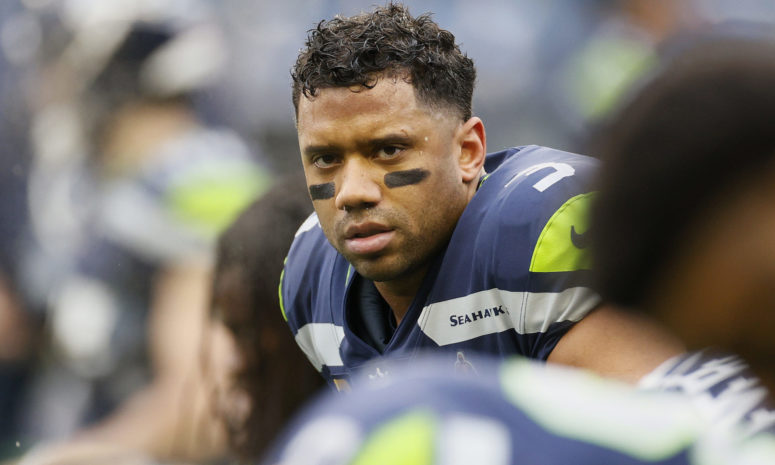 Russell Wilson has heard the rumors about playing in Washington and wants no part in it.

Wilson addressed the rumors on NBC’s TODAY Show and confirmed that he still loves playing in Seattle.

“I’m from Richmond, I know what you mean,” Wilson said. “I got people hitting me up every day, all my friends and all that from the East Coast but Seattle’s the place I’m at right now and I love it.”

Russell Wilson asked by @craigmelvin about coming to Washington: “I’m from Richmond, I know what you mean, I got people hitting me up every day, all my friends and all that from the East Coast but Seattle’s the place I’m at right now and I love it.” Video from @TODAYshow pic.twitter.com/VmqQdXbHfI

Wilson has been the subject of numerous trade rumors during the offseason as Seattle decides what to do both in the short and long-term.

That said, if the Seahawks were to trade Wilson, they’d basically be waiving the white flag at this era for contending is over.

He was great when healthy last season and finished with 25 touchdowns and six interceptions off 3,113 yards through the air. Sure, Seattle was out of it after he came back from his finger injury, but he still showed that he’s one of the best quarterbacks in football.

Doesn't seem Russell Wilson is going anywhere. I would have loved to see him w/ the @Titans, but the #Seahawks just seems right. #Titans #NFL #NFLTwitter https://t.co/mKcN28gs1n pic.twitter.com/vH6ZgfMnV3

Seems like Wilson is content where he is right now and will ultimately not be traded as I thought. but seems to be possibly open to the move to DC possibly later on. I would assume he was a referring to his “friends from the east coast” pulling for him to come to the Commanders. https://t.co/XMdOVapBHT

For a 3rd time now, with proof coming from the man himself. He isn’t leaving Seattle boys and girls. https://t.co/gyslb61iqB

Trade talks can heat up at any time, but it’s more likely than not that Wilson will be in Seattle next season.