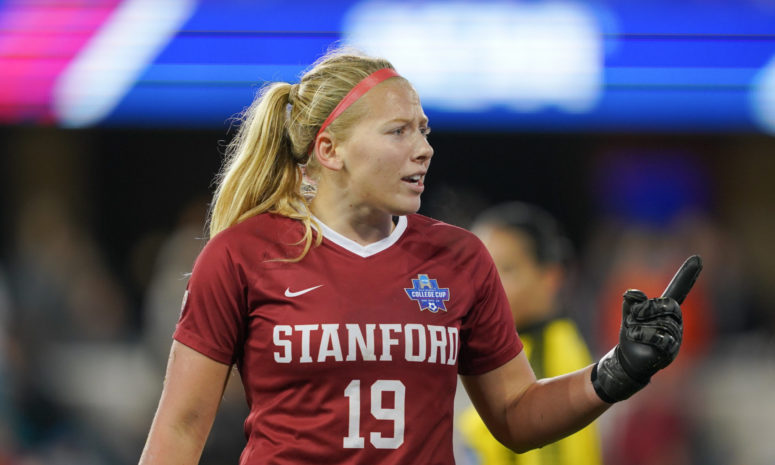 Stanford announced that Katie Meyer, goalie and captain of the women’s soccer team, has passed away.

The school’s athletic page confirmed Meyer’s passing on Tuesday, sending thoughts and love to her friends and family.

Vice Provost for Student Affairs Susie Brubaker-Cole and Director of Athletics Bernard Muir sent a statement to students, and faculty, and staff mourning the loss.

“It is with great sadness that we report that Katie Meyer, a senior majoring in International Relations and minoring in History, a Resident Assistant, and a team captain and goalkeeper on the Stanford Women’s Soccer Team, has passed away. Please join us in offering our deepest condolences to her parents and sisters. We would also like to extend our heartfelt condolences to Katie’s friends, hallmates, classmates, teammates, faculty and coaches.”

They went on to praise Meyer’s drive and passion on and off the field.

“Katie was extraordinarily committed to everything and everyone in her world. Her friends describe her as a larger-than-life team player in all her pursuits, from choosing an academic discipline she said ‘changed my perspective on the world and the very important challenges that we need to work together to overcome’ to the passion she brought to the Cardinal women’s soccer program and to women’s sports in general. Fiercely competitive, Katie made two critical saves in a penalty shootout against North Carolina to help Stanford win its third NCAA women’s soccer championship in 2019. Katie was a bright shining light for so many on the field and in our community.”

Here are her referenced penalty kicks saves that sealed the 2019 NCAA championship for Stanford.

Relive the entire PK shootout of the National Championship.

Meyer was 22 years old. Condolences to her friends, family, and the Stanford community.