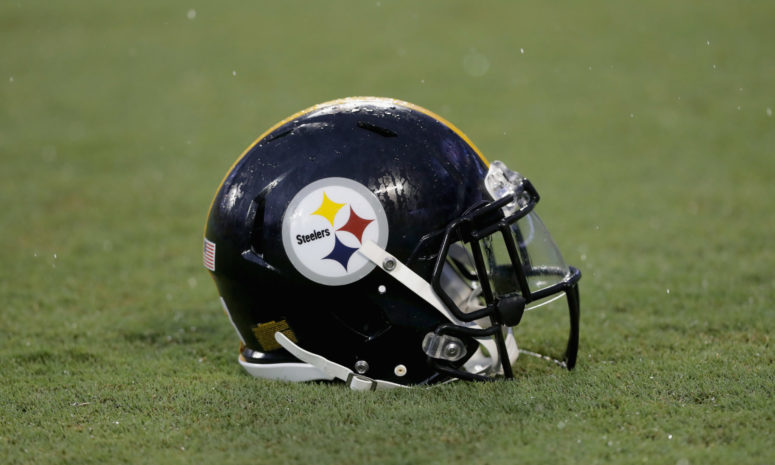 CHARLOTTE, NC - SEPTEMBER 01: A detailed view of a Pittsburgh Steelers helmet before their game against the Carolina Panthers at Bank of America Stadium on September 1, 2016 in Charlotte, North Carolina. (Photo by Streeter Lecka/Getty Images)

The Pittsburgh Steelers are open to anything when it comes to their quarterback situation.

For the first time in 18 years, the Steelers will need a new franchise quarterback. Ben Roethlisberger retired after the 2021 season when the Steelers lost in the wild-card round to the Kansas City Chiefs.

General manager Kevin Colbert spoke to the media at the NFL Combine and confirmed that they’re open to every option this offseason.

“We’ll be open to every option possible,” Colbert said on PFT Live. “We already have Mason Rudolph, Dwayne Haskins on the roster. Will we look at trades? Absolutely. Will we look at free agency? Sure. We’ll look at the draft. And we’ll try to pick out the best way to maybe move on because we know we are moving on for the first time in 18 years.”

Pittsburgh has already been linked to a few free-agent quarterbacks this offseason. On Monday, Pro Football Network’s Tony Pauline reported that the team has interest in Teddy Bridgewater, Jameis Winston, and Mitchell Trubisky.

It also sounds like the Steelers love Malik Willis out of Liberty, but he may not make it to No. 20 (where the Steelers pick) in April’s NFL Draft.

This is shaping up to be quite the search for the next starting quarterback in the Steel City.