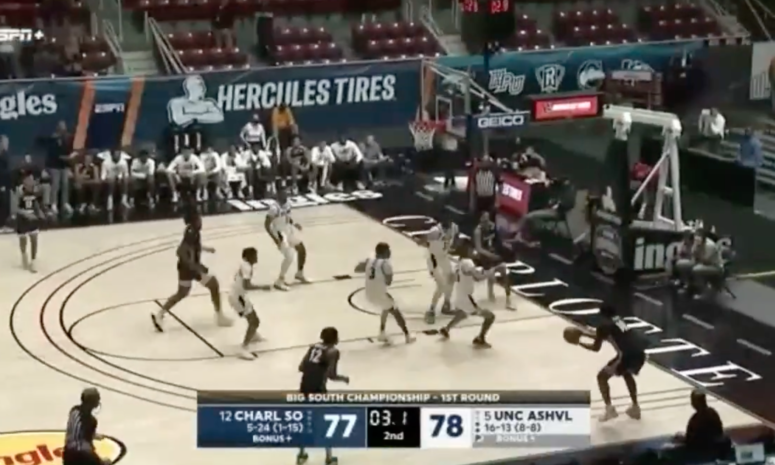 It wouldn’t be March without a little madness. On Wednesday afternoon, Charleston Southern shocked UNC Asheville at the buzzer to advance to the next round of the Big South Tournament.

Charleston Southern entered the first round of its conference tournament with an abysmal 5-24 record. UNC Asheville, meanwhile, owned a respectable 16-13 record.

Despite having a six-point lead at halftime, UNC Asheville was unable to close the deal in the second half.

The Bulldogs had a 78-77 lead with just under seven seconds remaining. Buccaneers guard Jamir Moore had a great look for the game-winning shot, but his attempt from beyond the arc was a bit too long.

Fortunately for the Buccaneers, Taje’ Kelly was there for the game-winning putback at the buzzer. The Buccaneers’ bench erupted as soon as Kelly’s putback went through the net.

With the win, Charleston Southern’s hopes of making the NCAA tournament are still alive.

Charleston Southern will be back in action on Friday. We’ll find out then if the Buccaneers can keep this magical run going.